Skip to main content
Labels
Posted by Citizens Theatre May 22, 2014

From great Danes to Glasgow gunmen and Christmas curmudgeons, we have lots of entertainment on offer in our newly launched Autumn 2014 season.
Read on for the full lineup and book your theatre fix now! 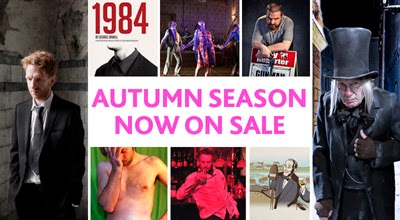 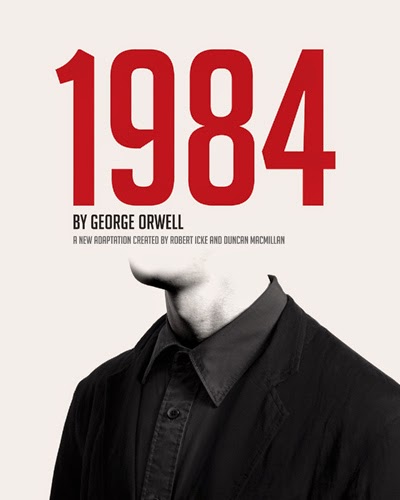 Our new season starts with a stage adaptation of one of the definitive books of the 20th century – George Orwell's revolutionary 1984.

Following a critically acclaimed run in the West End, Headlong bring their lauded production to Scotland for the first time.

Roberta Taylor (a regular at the Citizens during the 1980s and familiar from The Bill and EastEnders), joins forces with her husband, stage and screen actor Peter Guinness to play Gertrude and Claudius. 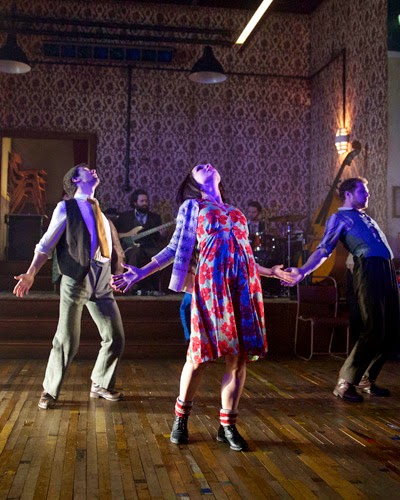 On the 30th anniversary of the 1984 miners' strike, the National Theatre of Scotland revives Joe Corrie's 1926 classic play about a Fife mining community buckling under the strain of a seven month lockout.

Kill Johnny Glendenning [http://citz.co.uk/whatson/info/kill_johnny_glendenning/] is a murderous new comedy from Scottish playwright DC Jackson. A brutal tale of fatal errors in the Glasgow underworld, taking aim at the tabloid celebrity and macho glamour of the gangster lifestyle.

Three frightfully nice BBC actors gather in a 1940s BBC drama studio to recreate the hilarious story of a community of plucky Scottish islanders. They tell the tale using only their skill, wit, ingenuity, 100 unlikely sound effects - and one very overworked and exasperated studio manager!

A riotous comedy from Mull Theatre.

Guaranteed to appeal to young and old alike, A Christmas Carol will melt even the coldest of hearts and leave all rejoicing with Christmas spirit!

In the Circle Studio 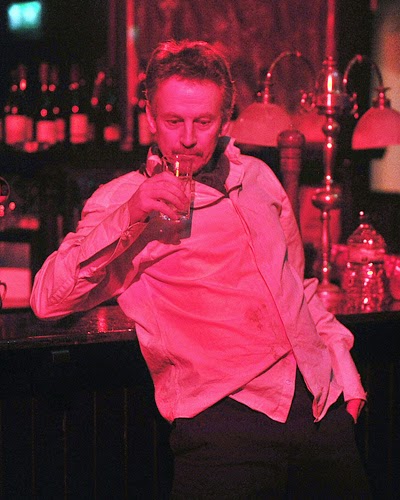 White Stag Theatre Company present a double bill of Gaelic plays: Tomas, a new Gaelic version of the epic Burns poem 'Tam O' Shanter', and Fantom, based on the legend of Harris and Lewis serial-killer Mac an t-Sronaich.

With our season pass you save £3 off full priced tickets (£2 off for Seniors) for the best seats in the house.

Don't worry if you change your mind about dates - you can exchange your tickets free of charge up to 24 hours before the show. Simples!

It just wouldn't be a Citz season without a 50p ticket sale!

Early birds can pick up two tickets for Hamlet (on Sat 13 Sep) and Kill Johnny Glendenning (Sat 18 Oct) for the unbelievable price of only 50p each!

10 tickets for each of 10 performances, on sale 10am the Saturday before the show opens.

Other dates for your diary

We have two free post show discussions happening this season:

• 1984 – Tue 2 September
• Kill Johnny Glendenning – Tue 28 October
And on Sat 27 September, director Dominic Hill is in conversation with Hamlet actor Brian Ferguson about the challenges and joys of playing Shakespeare's most famous character.

An Afternoon with the Dane
Discover More

This season there are four Deaf Theatre Club Nights:

We are very excited about our new season and we hope to see you at the Citz very soon.