So here's what the first reviews of The Monster in the Hall have been saying. In each case, you can click on the title to read the full review. Ticket sales at the Traverse are very strong for the show, so we'd definitely recommend getting yours nice and early before more reviews come out!

“A multitalented cast of four play everyone, sometimes more than one character at a time, and draw us into a play infused with so much love for everyone in it that we can enjoy every minute while waiting confidently for the playwright to find his way to a happy ending.” 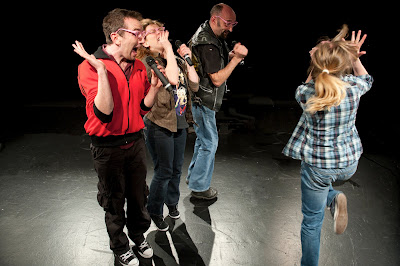 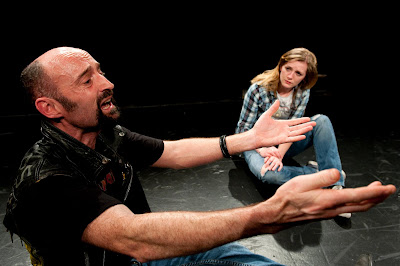 “Greig's script crackles with humour…The four actors are wonderful and this heart-warming, though never sentimental, stripped-back storytelling is a joy to watch.”

“David Greig’s delightful fairy tale uses just four actors, four microphones and a host of sound effects, but takes us from the mean streets of Kirkcaldy to the mythical world of computer-animated cinema and motorbike racing.”

“There’s a quality of Greig’s Midsummer in the charm and momentum of the narrative.” 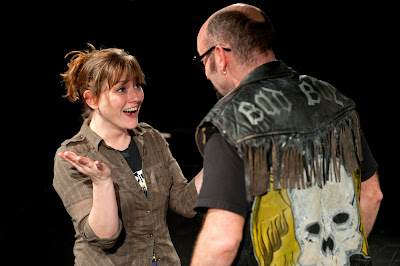 “Guy Hollands’ fast paced direction means the play zips along at a real whip, from set piece to song, to choral explanation – the story buzzes through, and as a result the space which is afforded to the honest revelations gives them real weight and emotional worth.”

“Duck is played by the lovely Gemma McElhinney who captures her characters fire but wraps it in sweetness – her performance was engaging and heart warming…Keith Macpherson plays Hugh with great compassion and captures the frustrations and limitations of his condition wonderfully. Beth Marshall showcases supreme versatility flicking between caring social worker and half crazed Marxist War Craft addict and David Carlyle delivers a masterclass in comic timing.” 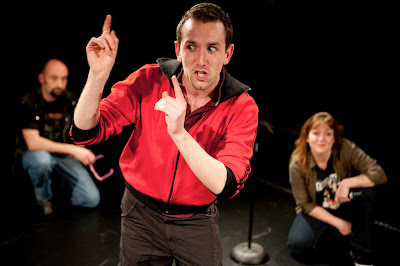