My name is Scott McKay. I am a member of the Citizens Young Co. and today I will be discussing the current project we are working on. This project is "Gothic" a performance based around a collection of literature written by, the godfather of horror himself, Edgar Allen Poe.

Now I won’t delve too deeply into what is going on behind closed doors at Young Co, but I will talk about the process. During the Young Co Summer School, myself and the rest of the cast and directors looked at the text we would be transforming into performances and every time we did, the same thing came up: How does one create fear? We discussed it and were thinking about it all week. How? How can we do this? Now I don’t know about you, but if given a weighty piece of literature like the stuff Edgar Allan Poe delivers, I want to do it justice. I want to scare my audience. We all do. We found ourselves asking: What is fear? Silence, darkness, and imagination were among the obvious answers but things like truth, ignorance and denial popped up as well. 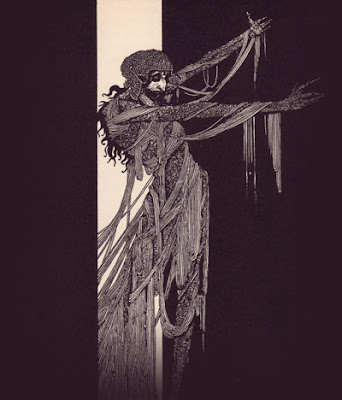 Films have translated horror extremely well in some cases and let's be honest, every film starts with words on a page. All horror begins in the mind and is then transported into the common world, the world we all inhabit together. But in our own minds, our own worlds, that is where true nightmares are born. This is just my own theory of fear of course. I could delve deeper and ramble on for hours and hours but I won’t. All I will say is this. We will translate horror on stage. We will make the audience fear the dark again. We will bring Edgar Allan Poe’s mind to life. I urge you all to join us.