A note on DEATH, Dumb, Blonde

Tonight SeenUnSeen present their new show DEATH, Dumb, Blonde at the Citz. Below is an exclusive looks at Director Neil Doherty's programme note for the show.

The basic background for the conception of the piece started when I was watching one of those Channel 5 style documentaries on the subject of Marilyn Monroe, called 'Marilyn Monroe - The Legend' or something along those lines. This got me thinking that, since her untimely death and all the controversy that surrounds it, we get treated to a very particular 'version' of this woman. We get to view her from a very narrow and prescribed viewpoint. We never get to hear her story but just a constructed version of it.

It got me thinking we should get to experience the real Marilyn Monroe. We should hear her voice. Then I started reading different books (some sympathetic and some unsympathetic) which centred around her life and her death. These attempted to throw some light on her life, but it wasn't until I started reading Blonde by Joyce Carol Oates, which examines her life, myth and legacy from a very different standpoint. It speaks of her as a third person and in doing so gives Marilyn a very different voice as to that we had somehow heard up until now. 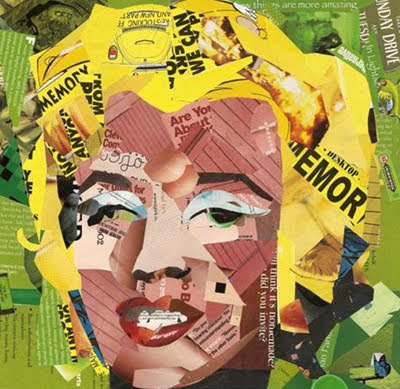 In this piece I am therefore interested in telling the other story of Marilyn. The story that hopefully eradicates Marilyn Monroe, the icon, the idol and the one in which we get to hear her true voice and witness her true essence, warts and all.

The writing involved in the piece is a mixture of facts surrounding her life as well as my original writing (along with the help of the performers to which I am indebted) which attempts to treat the 'subject ' (i.e. Marilyn Monroe) from a distance. It should be noted that also incorporated within the play text are references from the many books written about her as well as all her biographical details. These are culled from various sources and are used, among other things, to provide a narrative thrust in the same vein as a documentary.

Hence, in the piece you are about to see there are direct 'lifts' from the text of Blonde which the actors speak. When this occurs, this will be highlighted somehow within the performance. By reading this and other texts, it unearthed and shaped the idea for me that Marilyn's life could be examined from a wholly different, meta-theatrical angle which would combine factual and fictional elements surrounding her life. 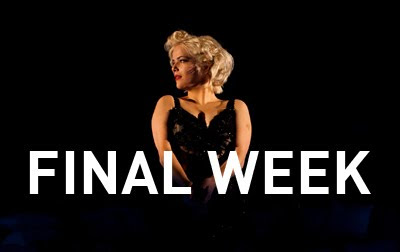 ...Don't forget this is the FINAL WEEK of Marilyn, so if you've not seen it yet, grab a ticket before Saturday!

"Philip Howard’s good-looking production is a fascinating and touching theatrical spectacle, in which classic images of Marilyn as the pouting sex goddess constantly play against the reality of a woman trying to sustain her career, whilst ageing fast.”
The Scotsman 4 stars

“Frances Thorburn gives a thousand-watt performance. Her Marilyn is at once bold and fragile, shrew and naïve, child-like and x-rated, and it’s impossible to take your eyes off her.”
OnStage Scotland

Blogger said…
If you need your ex-girlfriend or ex-boyfriend to come crawling back to you on their knees (no matter why you broke up) you got to watch this video
right away...