Awards for The Girl in the Yellow Dress

Just got some brilliant news, The Girl in the Yellow Dress - our hit from last year’s Edinburgh Festival - has won two awards at South Africa’s star-studded Naledi Awards:

BEST NEW SOUTH AFRICAN PLAY OR MUSICAL
The Girl in the Yellow Dress, produced by The Market Theatre (Johannesburg), Live Theatre (Newcastle) and The Citizens Theatre (Glasgow). Directed by Malcolm Purkey and written by Craig Higginson.

BEST PERFORMANCE BY AN ACTRESS IN A LEAD ROLE (PLAY)
Marianne Oldham, as the English coach in The Girl in the Yellow Dress. 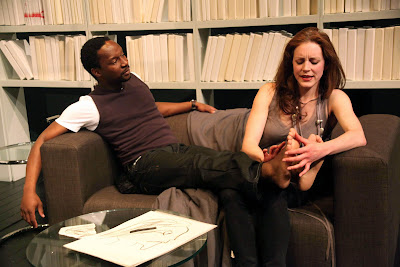 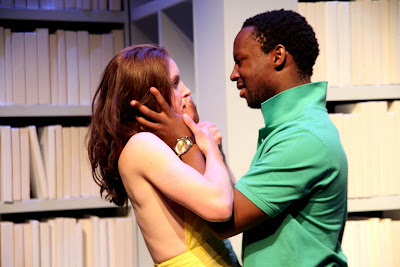 Later this month, South Africa’s Fleur du Cap Awards take place with The Girl in the Yellow Dress nominated in 3 categories: BEST PERFORMANCE BY ACTOR, BEST DIRECTOR and BEST NEW SA SCRIPT. We’ll report back when we get news.

P.S. Well done to Nat Ramabulana who won the Best Supporting Actor Award at the Naledi's for another show!
Email Post
Labels: Awards The Girl in the Yellow Dress