Roll Up! Roll Up!

Edward Gant's Amazing Feats of Loneliness will be coming to town in just a few weeks time, with a freakshow of the heart and mind. Witness a series of bizarre and beautiful theatrical vignettes telling the stories of, amongst others; Sanzonetta, the Pimple-Faced Girl; the mystical Ranjeev the Uncomplicated; and the terrifying Phantom of the Dry.

Edward Gant has a eminently recognisable cast including Emma Handy, who is a regular lead character in Wire in the Blood and has appeared in Vincent in Brixton and Iris, and Simon Kunz whose numerous TV appearances inlcude Al Murray’s Personality Disorder, Green Wing, Spaced as well as film credits that inlcude Woody Allan's MatchPoint and Four Wedding and a Funeral. Between then the rest of the cast also boast appearances in Doctor Who, Prime Suspect and Mike Leigh's Topsy Turvy!

We've got some shots below from rehearsals and if that's not enough to intriuige you, then I dont know what will!! 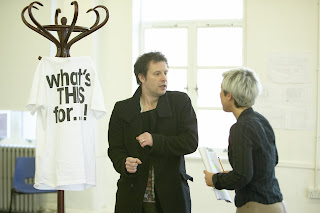 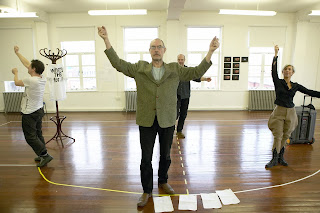 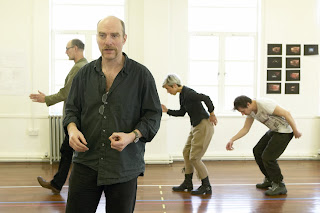