A great start to the week

We were delighted to read two fantastic 4 star reviews this morning for Educating Rita, which opened on Friday to a packed house at the Citizens Theatre. Spontaneous applause punctuated a great night. Both The Herald and The Metro agree that both Emma and Charlie are on top form in Willy Russell's immaculately written classic. The Herald said:

“Coronation Street stalwart Charles Lawson puts in a strong performance as disillusioned lecturer Frank, earning laughs…but in the play's quieter moments capturing the conflicting emotions of a man in crisis.”

“Emma Cunniffe is both utterly charming as the fledgling student Rita, a chattering bundle of nervous energy and determination, and also convincing as the self-assured young woman who eventually discards that name.”
You can book your tickets online or call 0141 429 0022. 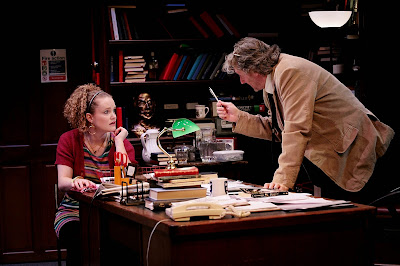 If you've already seen Rita, or just fancy a night in this Friday (20th), make sure you tune your telly to STV (or ITV1) at 9pm to see The Citz feature as a location for some psychic goings-on in Taggart.

We're reliably informed that the episode "Cold Reader", in which the theatre features, is due to be aired this Friday, although I can't find mention of it yet on the Taggart homepage. 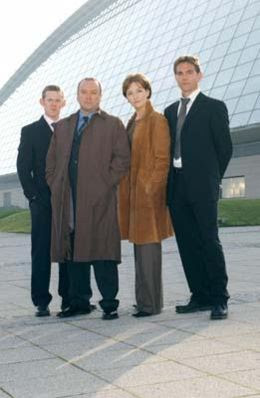 P.S. You can see DS Jackie Reid (Blythe Duff), on stage at the Citz in the latest NTS production Be Near Me from 25 March - 4 April...If that's not exciting enough, she's co-starring with none other than Emperor Palpatine (Iain McDiarmid) from Star Wars!
Labels: Charlie Lawson Cold Reader Educating Rita Emma Cunniffe Taggart