Assistant Director Tess Monro shares all the latest news from the Lampedusa rehearsal room in her second blog. This week the team have been exploring the use of space and music, as well as how the story can be updated for 2017. 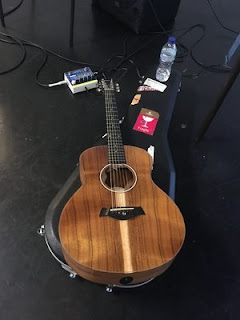 The second week of rehearsals on Anders Lustgarten’s Lampedusa has sailed by; the week of “Stu, sand and storytelling” as it has been affectionately christened by the creative team. Specifically, we worked through the play scene by scene focusing less on shape and picture in favour of music, connection and detail.

An essential aspect of week two was working closely with composer Stuart Ramage who has been a constant and invaluable presence in the rehearsal room. Together, we have experimented with the use of music to underscore the narrative progression of the play and the experiences of Denise and Stefano. Following Louise Mai and Andy’s responses to the text with meticulous attention to detail Stu has been able to improvise compositions as we delve deeper and deeper into the play; investigating how we can use live acoustic guitar to enrich our response and exploration of the text and the emotional trajectory of the characters. The interlacing of music into the production has been an illuminating part of our process, highlighting and unlocking key transitional moments in the play. We are confident that with Stu’s original composition our production will be an evocative, affecting and distinctive response to Lustgarten’s distinguished text.

After much discussion with the cast and creative team this week we decided to bring our story forward from 2015 into the present day. From these discussions specific ideas for adjustments to the script were born and presented to Lustgarten, who has generously updated the original text. In 2017 the migration crisis is far from behind us and the switch to Universal Credit continues to threaten the financial security of those relying on the government benefit system; thus, the original themes in the play feel more pressing and urgent than ever. Due to the nature of this play and Anders’ powerful and challenging perspective, it is important to us that our production retains the sense of urgency of the political issues raised in the 2015 production. This we hope to achieve by incorporating contemporary politics for a modern audience, in the spirit of the original text; by challenging the status-quo and shining a light on the experiences of many suffering as a result of socio-political injustices of today.

Week two has also concentrated on combining the space; introducing both Denise and Stefano’s respective worlds and working with Louise Mai and Andy in the space, together. Director Jack Nurse and the cast have experimented with building the sense of connection between Denise and Stefano and their seemingly distinct experiences within the narrative. Specifically, how and when their individual narratives and performances intersect and how to fluidly and imaginatively transition between their stories. The synthesis of Louise Mai and Andy’s rehearsals, the worlds of Denise and Stefano and the integration of music into the narrative has added a vibrant, inventive and dynamic energy to the piece and generated an invigorating momentum as we press on and into week three. 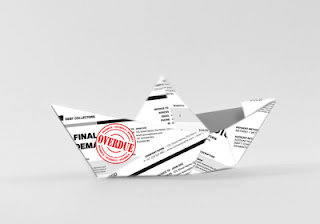