The Rivals: Behind the scenes with Jessica Hardwick

The Rivals, a co-production between the Citizens Theatre, Bristol Old Vic and Liverpool Everyman & Playhouse, has received glowing reviews so far on tour. Directed by our Artistic Director Dominic Hill, this beautiful and hilarious comedy of manners plays at the Citz from 2 - 19 November.

During the tour, actor Jessica Hardwick (Lanark: A Life in Three Acts, Rapunzel, Crime and Punishment and Miss Julie) has been busy behind the scenes capturing beautiful photographs of her castmates and their spectacular period costumes and wigs designed by Tom Rogers. 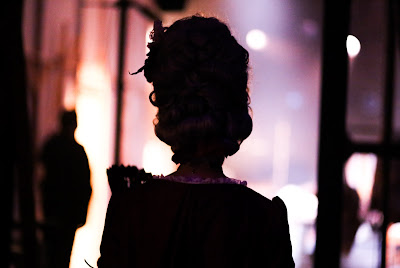