Untitled Projects' re-conceived production of Slope opens in the Circle Studio 12 Nov. As part of the theatrical experience the performances will be streamed live by new media platform Kiltr. As Artistic Director Stewart Laing explains, this is not the first or last time Untitled Projects have used film and technology as an intergral part of their theatre making.


Untitled Projects is a company that specialises in making theatre – but there has only been one project in 16 years that hasn’t involved a substantial element of video – and that project was the original production of Slope in 2006. There was no reason to use video – so we didn’t.

As a loose collective of practitioners we are all interested in film as a medium. Our social conversations often orbit around movies we have seen – and certainly in development sessions on specific projects film is central to our discussion – as inspiration for images, narrative, acting, character and structure – perhaps more so than theatre or other live performance. 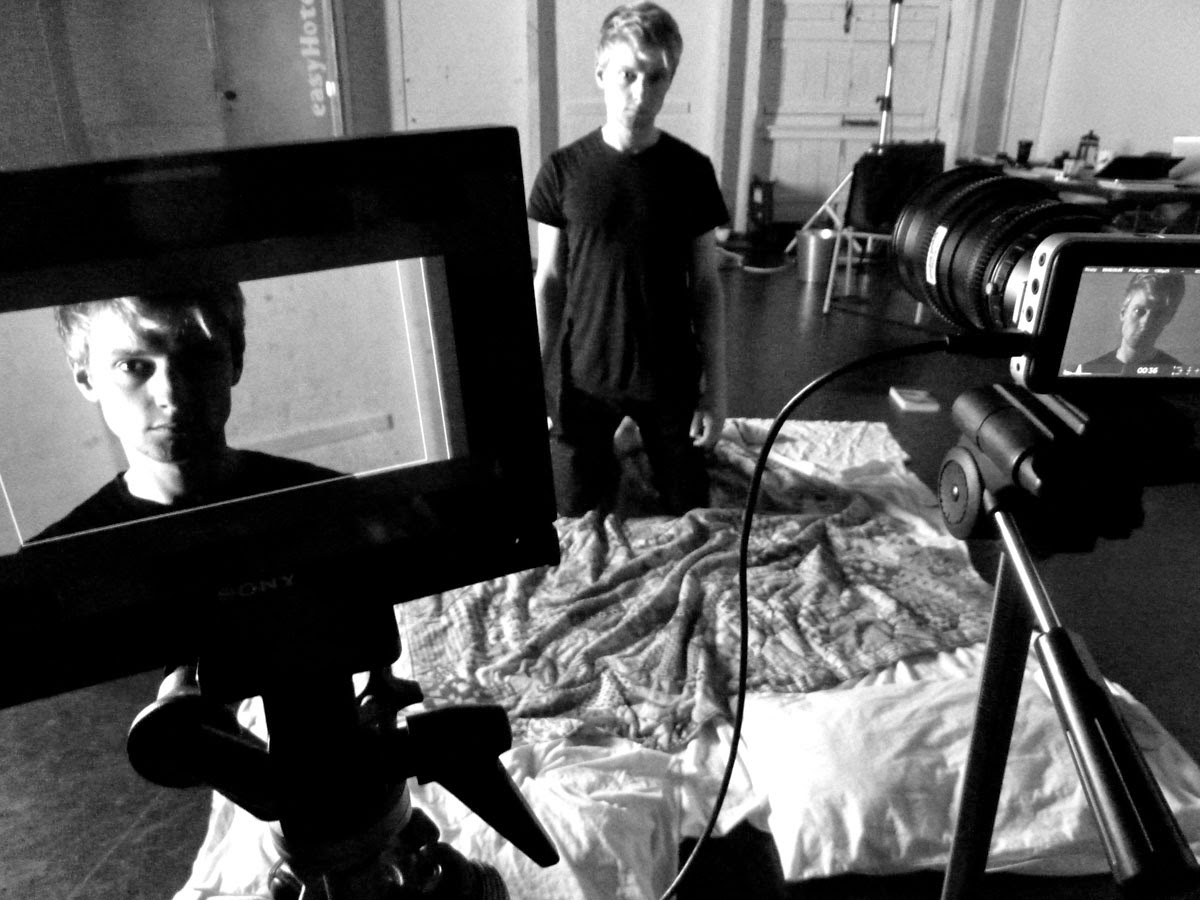 The filmed elements of our live performances have become increasingly more elaborate in recent years – and are integral to our narratives. On Paul Bright’s Confessions of a Justified Sinner we worked with a professional film crew – including one of the leading cinematographers in the world, Chris Doyle – to create a 15-minute HD video that was a pivotal sequence in the show. It was an intoxicating period of creativity and we learned so much in an intense time frame. This thrill in exploring the possibilities of filmmaking led us to thinking of the dual-purpose edition of Slope that we are currently rehearsing, due to open in the Citizens Circle Studio in November.
Slope to me is a play of intimacy – both in the relationships between the 3 characters [19th-century poets Paul Verlaine and Arthur Rimbaud, and Verlaine’s young wife Mathilde], and in the relationship between the characters and the audience. It feels right to play to a small audience. But as a company, we want as many people as possible to experience our work. So live broadcast feels like a way for us to increase our potential reach, in terms of capacity and geographic spread.

The challenge of live broadcast on Slope (and we like a challenge at Untitled Projects) is around addressing the differences between the media of theatre and film*. This feels most pronounced in terms of acting – a live audience is very different to a camera lens – and from the actor’s point of view this affects focus, scale and detail. When we first thought of live streaming Slope we were assuming a more traditional approach, a single performance filmed and broadcast live once we were up and running. But when we thought this through – and considered the acting style that might work better for the camera – we thought it made more sense to broadcast all the performances. This allows the actors to focus on a particular, hybrid style of acting throughout the run that might work both on screen and live in the small studio. 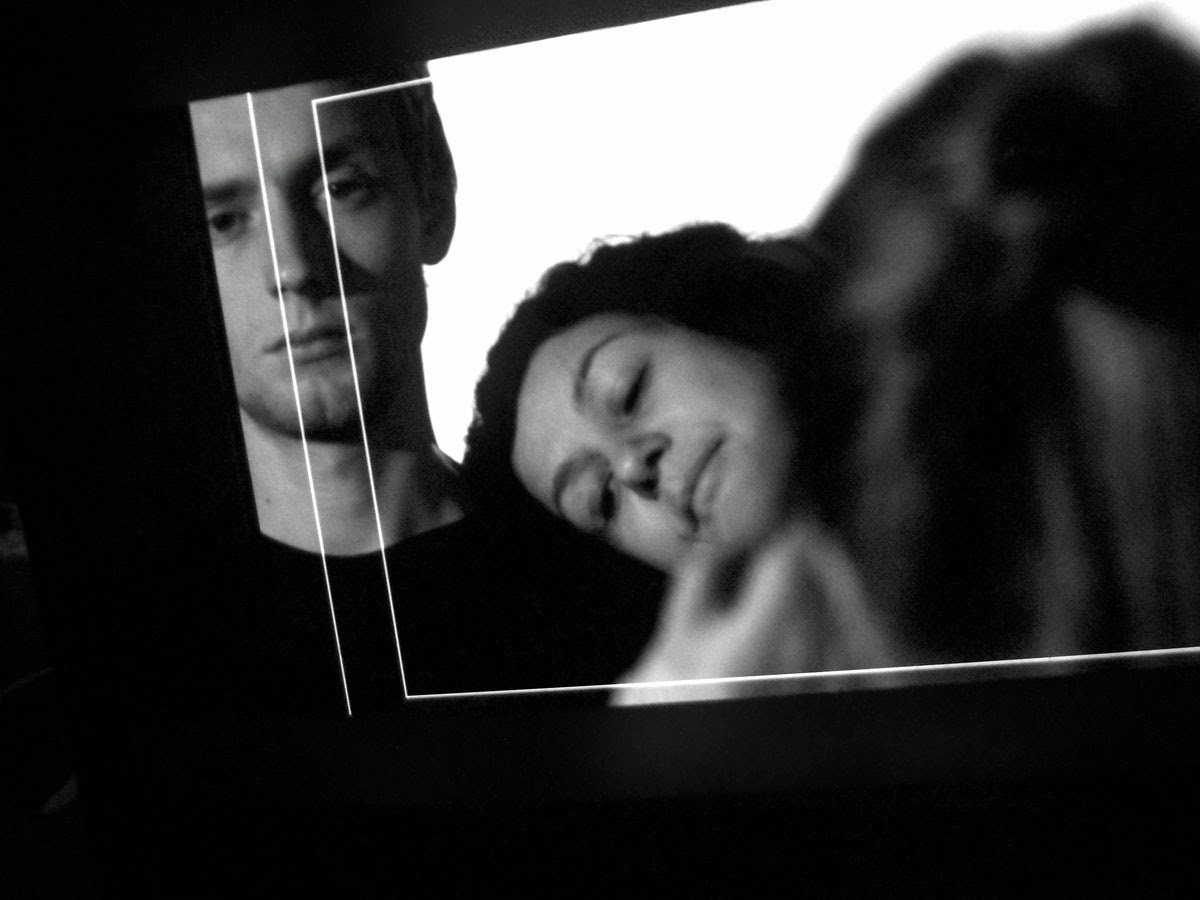 To realise this we have been working with our cinematographer in the room with us since the first day of rehearsal. We have been watching the action on monitors as we work through the play. We have experimented with lights that work better for camera. The camera governs the decisions we are making throughout the process.

We have made the decision not to have any screens in the studio itself – and the live performance will be available online only while the play is being performed live in the studio – from 7.30 every evening of the run – with no ‘catch-up’ option. We believe we are making a single piece of work that has 2 access points: you can either come down to the Citz (or Traverse) and watch Slope live – or you can sit at home, log on to Kiltr and watch Slope in HD video on your laptop. Or you can do both, on separate evenings, if you feel inclined. But you can’t watch it live in the studio and on screen at the same time. And because the essence of theatre is that every performance is different – you can’t see the same show twice, whichever ways you might choose to access it.

* The advance in video technology in recent years tempts me to blur the edges of the terms ‘film’ and ‘video’.


Find out more about Untitled Projects and Slope