They're Back - Glasgow Girls Return Home

An inspirational true story with a huge beating heart!

It wowed audiences at its world premiere here at the Citizens in Autumn 2012, then won the hearts of London audiences in Spring 2013, picking up a nomination for Best Musical Production’ in the Theatrical Management Association, 2013 UK Theatre Awards. Now Glasgow Girls is back as an official Culture 2014 event, part of the Glasgow 2014 Cultural Programme.

Here's Cora Bissett, who conceived the production for the stage and directed the show, on how the show came about, and what the real-life Glasgow Girls are up to now:

"I first planted the seed of Glasgow Girls as a show in 2010 after seeing how the success of RoadKill had prompted audiences to take direct action. I wanted to use another ‘real-life’ story to reach out to people and let people know what was going on in their midst. Clare Tudor and Belinda McIllhenney at the Scottish Refugee Council agreed it would be a great story to dramatise and directed me towards Lindsay Hill’s brilliant documentary on the girls’ story Tales from the Edge. After this, I came to the surprising but exciting conclusion that this story should be told as a musical. It was the girls’ energy and spirit that made me feel this story should be sung! The next step was to meet with all seven of the Glasgow Girls and their teachers from the time.

Over two years, I began developing the show, experimenting with the songwriters and working closely with Hilary Brooks and David Greig. We always wanted to treat people’s real lives with the utmost care and respect. We invited the girls, Euan Girvan, Wilson Blakey, Noreen Real and Jean Donnachie to all of our development stages, and shared the script with them, which they gave feedback on, and gradually built their trust. 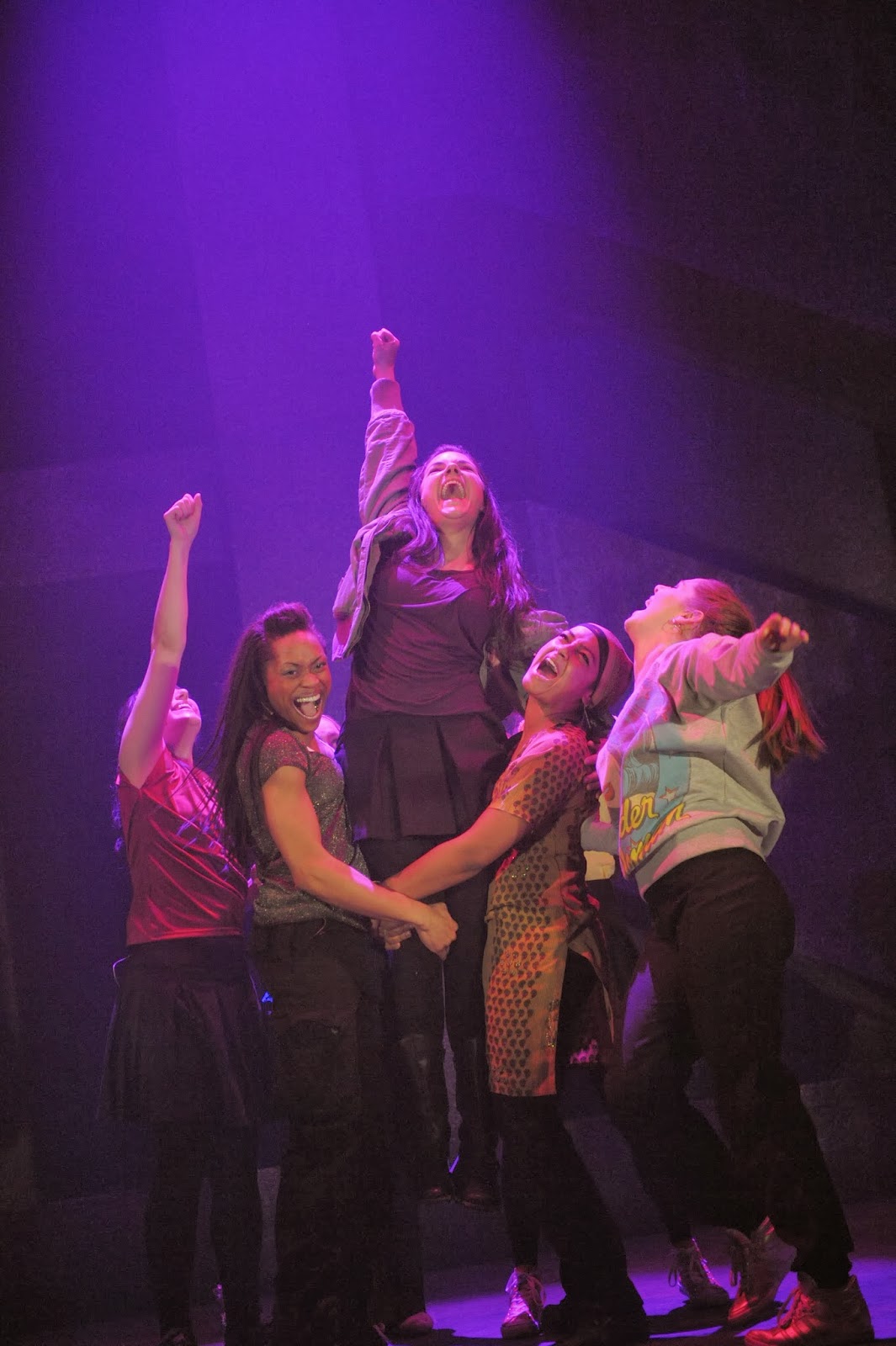 At the time of writing this, Roza has graduated from Strathclyde University after studying Law and Politics; Emma works for BBC Radio Scotland and is a volunteer presenter on Sunny Govan FM Radio; Jennifer is a nursery practitioner and a sergeant instructor in the Army Cadet Force; Agnesa works for the NHS and has possibly won an award for services to partying and a damn fine wardrobe; Ewelina married her childhood sweetheart and has two beautiful young children; Amal has graduated in Community Development and is working to help survivors of psychological trauma; Toni Lee is a support worker for adults with learning difficulties. Wilson has retired, Euan still works at Drumchapel High School and Noreen and Jean still live in the Kingsway flats. They continue to campaign for the rights of asylum seekers in the UK. 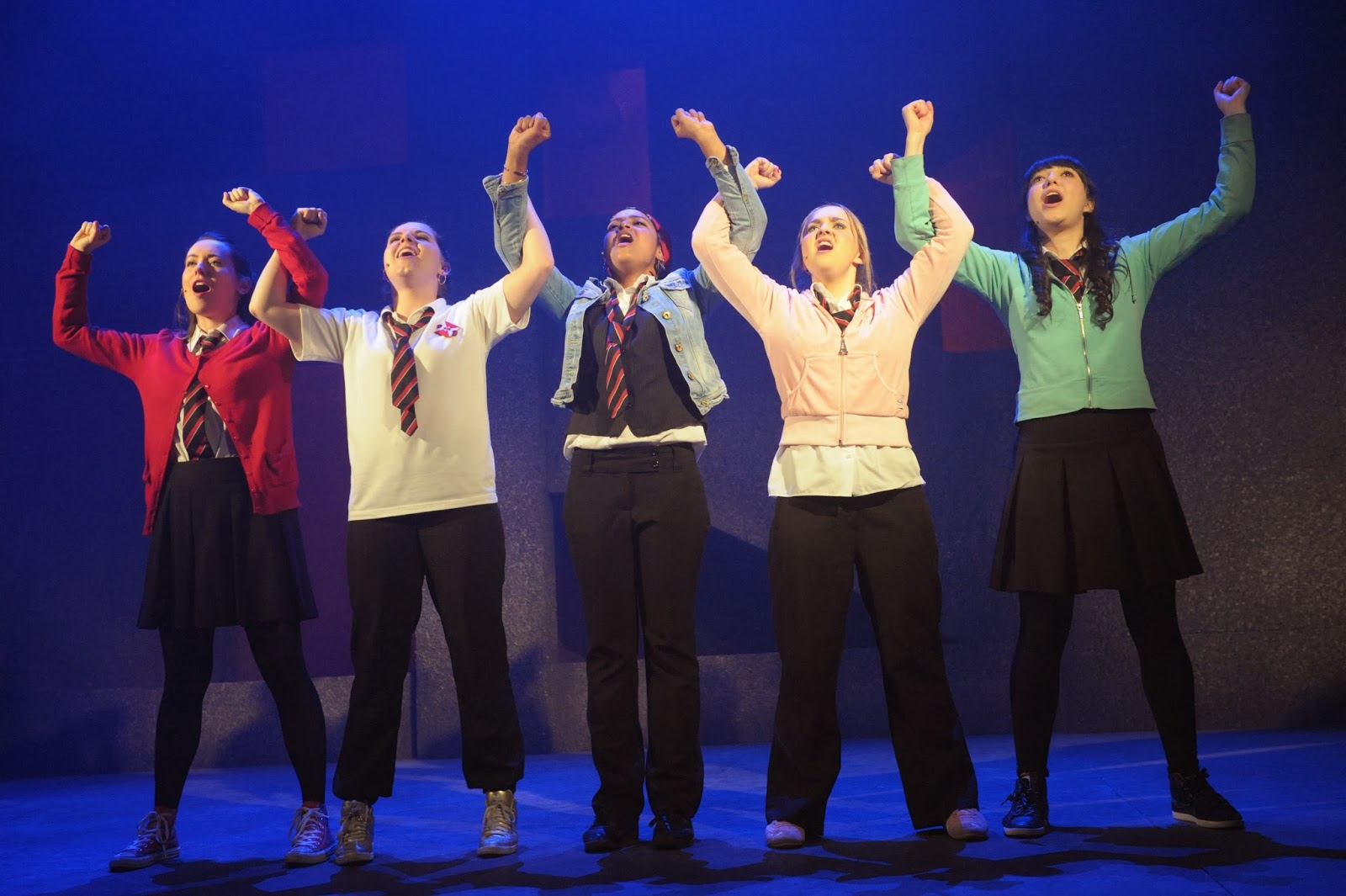 “I am delighted that Glasgow Girls is coming back to the Citizens Theatre and the city it originated from, especially during such an important year, when Glasgow is hosting the Commonwealth Games. It feels incredibly fitting and timely to remount this show which celebrates the diversity of people, and the brave and passionate community spirit which characterises Glasgow in the 21st century, during a year which seeks to showcase and celebrate the culture of Scotland.”

You can read more about why Glasgow Girls is the perfect show to kick off Culture 2014 in Cora's interview with STV online.

Blogger said…
BlueHost is ultimately one of the best hosting provider for any hosting services you might require.
30 November 2017 at 21:03