What are your objects of meaning?

This is a small blog just to talk about the most recent production of the Citz Young Company. We were told we were invited to take part in an event called ‘Objects of Meaning’, an event solely based upon personal objects that had a special meaning to their owners.

Whether it be about your own culture or your own faith, these objects were important to you somehow. I found this concept brilliant. Not only did I realise that every one would bring in different objects but I realised as with any issue, the topic of culture and the topic of faith would create some brilliant conversations. 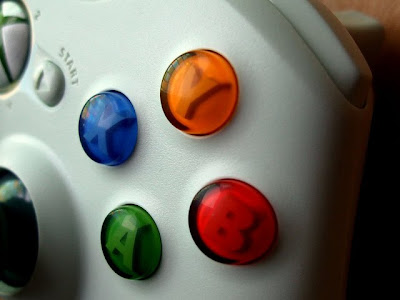 As I had expected, the Company had brought in a very varied collection of objects, one person brought in a small coal bear and another brought in fox ears and face paints. It wasn’t until we all sat down and discussed why our objects were important to us did I realise the extent people, thus the human race is original and unique.

Sorry, I’m getting a wee bit too philosophical for my own good. So I’ll talk about my object. I had brought in an Xbox 360 game. Yes. I can already hear you judging me and wondering how, out of all the objects I could have chosen, this is the one I decided to bring in. Allow me to be blunt. This is my culture. The video gaming culture is one I have been a part of since I first got my Sega Mega Drive when I was six years old. I have been a part of this culture to this day. I’m not ashamed to say it. Why should I be?

The industry has evolved tremendously through the past thirty years. I am proud to be a part of such a benchmark of entertainment. The Xbox game itself is a collection of old classics called, yep you guessed it, the Sega Mega Drive Collection. A plethora of classics that back in the day caused so much excitement, that today developers and publishers went back to ‘reinventing’ them because they know how much support is behind the industry.

It’s a money making machine, yes, but isn’t everything nowadays? I don’t want to get too political or religious in this so I’ll just say this: The ‘Objects of Meaning’ event was a tremendous success, not only in performance, but in production as well. It got the Company thinking. It got me thinking. It got the audience thinking. Is it possible to symbolise your faith or culture in a single object, or is it inherit within you? Are you confident in your beliefs? Confident enough to say them out loud? Are you?

Unknown said…
I applaud your choice Scott. I've been gaming since the zx spectrum and Atari console. I'm a hoarder and am constantly surrounded by objects of meaning, but the one that means the most to me is a handwritten copy of the lyrics to the opening song from Perth Reps The Demon Barber. The great Michael Marra wrote them out for me. I even have some of them tattooed on my arm.
I'll be interested to read what other peoples objects are.
George
26 April 2011 at 16:25

Unknown said…
I have old scripts from plays I did at school. There's something about these books that have far more significance than many other texts. Our Director would write amusing post production poems where he'd name-check participants for their varied contributions. So at least two of my scripts have tatty old bits of paper shoved in with copies of these poems.

I also have a notebook given to me when I was 14. I filled it with favourite quotes, lines from films and poems. Many of these are hideously twee. God help me if anyone ever sees the content, but I like looking back and reminding myself of the angst I felt back then...but in so many ways, also the simplicity of my life.
26 April 2011 at 17:16