My year as an Actor Intern at the Citz

So, how did that happen...? It’s my last day as Actor Intern at the Citz, and I can’t really believe a year has past since I first stepped through stage door, and what an awesome time I’ve had. In my first week I promised Helen I’d write a regular blog, and then never really kept to my word, so this is my attempt to make up for a years worth of non-blogging. I’ll try not to bore you… Othello, my first play here, seems like a lifetime ago now. I remember saying to Andy Scott-Ramsay in the wings one night that I couldn’t enjoy being on stage because I was so nervous… So it’s just as well I wasn’t on very often! The pressure of being a ‘professional’ and having to do a good job, as the audience was paying to watch, was obviously too much for me. Luckily my nerves died down by the end of the run, and I am pleased to say I managed to enjoy the last couple of weeks and each of the shows I have done since! 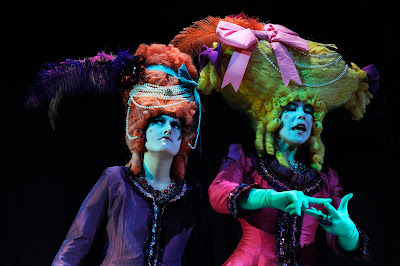 Cinderella came next. What a ball we had during rehearsals and then in each of the following 59 performances. I was in fits of laughter during every rehearsal with my ugly sister, Sarah Howarth (who had previously played Desdemona in Othello), trying her hardest to make me break in every scene. The best moment for me during the whole run of the Christmas Show was on the first preview, when Sarah and I, during one of our newly added ‘ugglies’ scenes (I think we had probably had the script for about a week), completely lost the plot and both started giggling on stage. Luckily the audience were very forgiving and laughed along with us, but it was such a buzz. Other highlights during Cinderella… “extreme keepy-uppy” in the rehearsal room, matching lion slippers in our dressing room, the daily visits to our dressing room by the lovely Helen McAlpine (Cinderella) to help apply fake eye lashes, and of course Secret Santa… I still don’t know who gave me those amazing gloves! 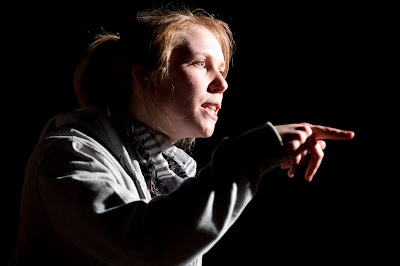 Then came My Name is Rachel Corrie. I feel like I could write a book about the whole experience; the research, rehearsals, line learning, and of course performance, and actually, the affect it has had on me since. So I am simply going to say I am so grateful to have had such an extraordinary opportunity, and it will remain with me for the rest of my life. 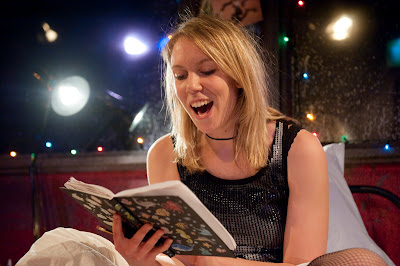 To go from a one- woman play straight into a production of The Grapes of Wrath, with over 40 actors was really something else. It was wonderful to meet so many different people, and work with members of the community, some of which had never been to see a play before let alone performed on the main stage in the Citizens Theatre. I realised how much I take drama and theatre for granted, and was reminded how it can have a hugely positive effect on people’s lives. Some memorable moments from The Grapes of Wrath: hearing the band play together after they had been off rehearsing in secret, Angela (who played Grandma) making me cry in the scene where Granpa dies, Krissy’s (Al’s) funky dancing in the barn dance, and the relief and pride everyone felt at the end of the final show. (Ed. Watch a film about it here). 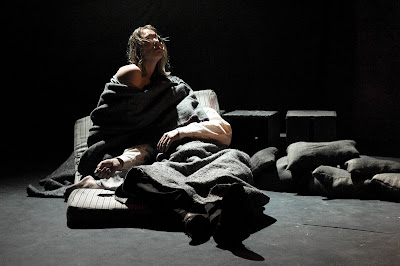 The Grapes of Wrath photo by Tim Morozzo

Other than the plays I’ve mentioned, I’ve enjoyed working on various other projects throughout the year… the children’s show The Red Shoes, with Leann O’Kasi, Valhalla at the Tron with Andy Arnold, spending time with the young company as they rehearsed Lend Me Your Ears, the Rosie Project, and most recently Tall Tales. I loved seeing the work that was done at HMP Greenock, and just spending a bit of time with each of the departments in the theatre, and getting to know what they all do.

I have loved every moment of my internship. Some days have been easier than others, but I couldn’t have asked for a better way to begin my career. I’ve met some great friends, and will definitely be back… even if it is just to eat cake and drink tea in the office!

(Ed. We are all going to really miss you too! You can see Mairi talk about My Name is Rachel Corrie here)
Labels: Acting Intership Mairi Phillips