Monday morning week 2 and our first disaster - one of the actors pulls a muscle and our very physical production will have to be rehearsed gingerly until he recovers! We are looking at the riot that opens our play and spews forth our Alex - a world falling apart from which this monster is born. 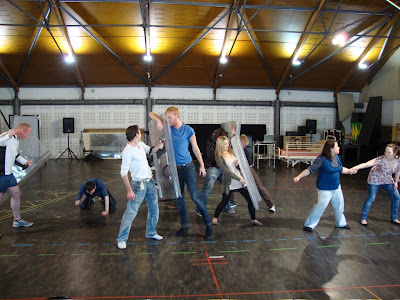 In the afternoon we run the play with another actor standing in for our injured one while he says his lines from the side. It's very early to be doing a run, but in a production where sound will be integral it is incredibly useful for our Sound Designer to gauge what might be needed, and for our Wardrobe Supervisor to get an idea of exactly how many costumes might be needed - this is still fairly flexible.

It also gives the actors and creative team a chance to talk about where we've got to so far, and get an overview of the piece. Later our Sound Designer plays us his first sounds in the luxury of the main auditorium - an urban landscape which feels perfect for this play. It has been created by the Sound Designer and one of his team smashing every imaginable glass bottle for days in our side stage, recording the results and programming the sound so it can be played rhythmically. 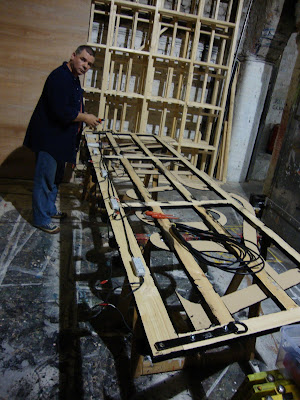 Other departments are working hard on the show and we have the privilege of being able to walk backstage and see bits of set being built, costumes being pulled together, hearing about the marketing team's plans for publicity. I love working this way. Too often as a director you have to plan the whole production in your head and everyone has to follow, as many elements arrive very late in the process, some not until the production week in the theatre. I love other elements coming together earlier in the process and influencing everything else. 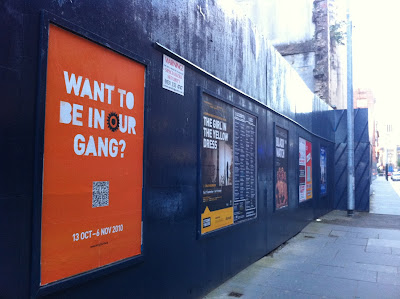 For the rest of the week we work through the script again. Nothing is sacred, everything can be changed. We have a first draft only and some of it will be wrong. Different accents are tried, performances become more crafted, elements that don't work are discarded. We even have time for a tea party for one of the actor's birthdays and dinner the same evening. Part of the process is about bonding a company together, and we also have members of the community company working with us as an ensemble. Some days also feel very bitty, with lots of little details to look at, and actors disappearing for wardrobe calls on the one day the designer can be here. Good costumes help immensely to create characters, and actors come back buzzing from wardrobe calls with new ideas or small worries about how their performance is already different from a costume that might have been designed four months ago. Our humble narrator and his droogs are delighted with their costumes...real horrorshow.

Over the weekend the actor playing Alex has run a half marathon in 1hr 43 minutes. Luckily he's still in one piece. Everyone is raring to go. Even now there's a sense that time marches on. There's a feeling that this could be really special, but as with all shows you have to put the work in to get the results - and you never know what you've got until you put it in front of an audience. The ensemble are becoming move involved as we plot them in around what we already have. Fight calls take us two full afternoons - riots, punches, kicks, a dead man falling to the ground, a character jumping from height - everything has to be planned so no-one is hurt. We continue to work through scenes, refining, changing, trying continually to find ways to tell this story more clearly. Every day the play seems more relevant, as much a piece for today as it ever was, and we want to get it right. 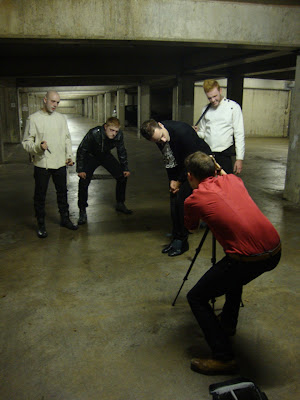 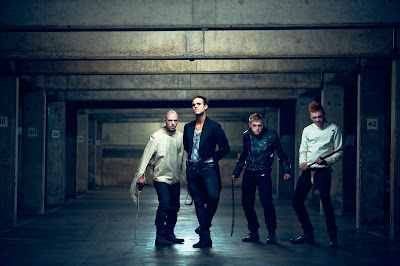 We also do a photoshoot at night in a garage and for the first time I see the droog's costumes and they are really striking. They are more details to be added to the costumes, but even now there's a real sense of the iconoclastic nature of this show, and of Alex's menace. Even as the camera goes, the droogs are getting a sense of how their costumes will work, which usually only happens once one is in tech week on stage.