It's now entering the third week of rehearsals for Ghosts and the cast are on great form! I always marvel at the privileged position I'm in, being able to stick my head into reheasals and seeing snippets of the journey that the play takes - from it's first read through to rehearsals and then finally, opening night and its first public performance. 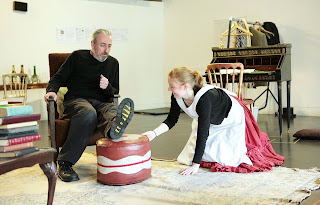 (Kevin as Pastor Manders and Elspeth as Regine)

From what little I've seen so far, I'm already really excited about seeing Ghosts onstage. Some of the cast are familiar to us here at the Citz - Elspeth Brodie (Don Juan), Billy Mack (The Sound of My Voice/ Peter Pan/ The Bevellers and Wee Fairy Tales to name but a few) and Kevin McMonagle (Waiting for Godot). 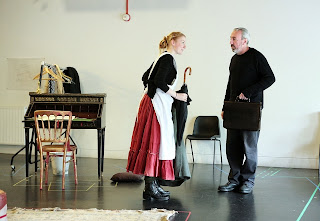 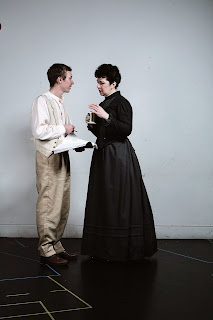 Steven played joint lead role alongside James McAvoy in Inside I'm Dancing and has had smaller roles in other feature films including Kingdom of Heaven (Ridley Scott) and Elizabeth: The Goldon Age. Theatre work includes The Tempest, The Seagull and Anthony and Cleopatra at Manchester's Royal Exchange, as well as King Lear for the RSC. 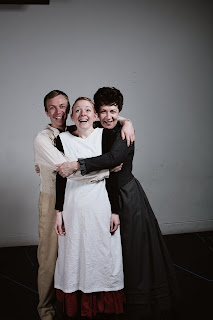 These images are the result of a photoshoot we did on Friday - I guess that you could look on the bottom two as the 'out-takes'! Anyone who thinks that Ibsen is dull should spend five minutes with this bunch - they're having a blast!