Well, the sun may not be shining outside but inside here at the Citizens' there's plenty of bright and colourful characters to be found!

Tomorrow see's the first of week long run of shows aimed at the wee folk in your life, as well as there being plenty of activities in the foyer to them busy beforehand while you grab a cuppa and relax!

Here's a snippet of what people are saying about the shows so far...

NEXT DOOR (Sat 7 June - 2.30pm)
'The music is delicious, subtle without being over-complex... Vestergaard and Jorgensen whip up a gorgeous 45-minute love-story that focuses on older people, but has a lilting narrative energy that anyone in search of a soulmate will recognise.' THE SCOTSMAN ***** 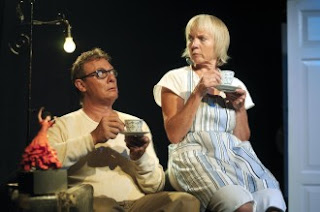 THE WOLF AND THE GOAT (Tues 3 June - 10.30am & 1.30pm)
'From the moment Davide Doro checks his cuffs and flashes a smile... the audience of six-year olds is already giggling... [an] adorable, superbly acted two-hander' THE HERALD **** 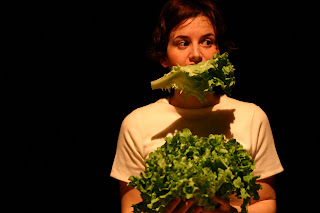 MY HOUSE (Wed 4 June - 1.30pm/ Thurs 5 June 10.30am & 1.30pm)
The show lasts just half an hour but it's atmosphere of exploration, wonder and recognition is enthralling and to judge by the excited response of some of the 18 month olds in the front row, it hit their tiny blossoming imaginations in exactly the right spot.' THE SCOTSMAN **** 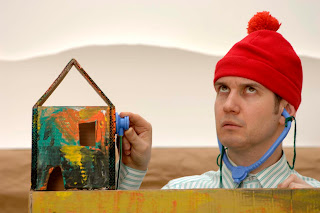 Plus our own brand new show, LIAR, and a classic from former Children's Laureate Michael Morpurgo, AESOP'S FABLES.

We hope to see you there!
Cx

Blogger said…
If you want your ex-girlfriend or ex-boyfriend to come crawling back to you on their knees (no matter why you broke up) you got to watch this video
right away...