On Friday the Citizens' Theatre was recognised for it's achievements in marketing and audience development at the annual GaGAs. These awards run by Glasgow Grows Audiences (GGA) formed the culmination of GGA's conference, hosted by Janice Forsyth.

Alison Martin, Marketing & Communications Manager for the Citizens' was presented with the "Audience Development Leadership Award". She shares this award with her former colleague, Jane Donald from Glasgow Concert Halls. Congratulations to both. A much deserved accolade! 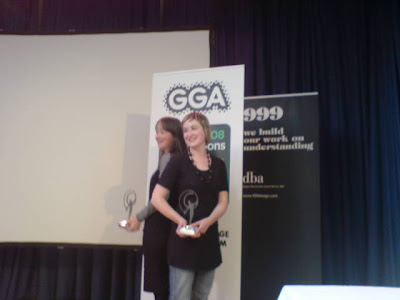 The Citizens' Theatre was also nominated in the "Audience Development Pioneer Award" for the Family Audiences project which has been improving the venue's facilities and attracting children and young people into the building.

The marketing team would like to thank all who have supported this work, in particular Susie Ironside, who has been an invaluable asset over these last few months.