We were so sad to hear of the passing of long term Citizens Community Company member and Gorbalite Rena Hood, at the age of 90. 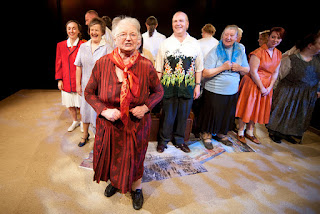 It seems significant that Rena was in the very first Community Company production, which celebrates its 20th anniversary this year.

Rena discovered her theatrical passion at the age of 70, in Driving Out The Devil, by Bertolt Brecht in the Stalls Studio, following in the footsteps of Glenda Jackson. From that moment Rena never looked back in her theatrical escapades! Rena was an inspiration to everyone who worked with her or watched her enchanting and often playful, mischievous, comedic performances. She appeared in so many community productions in the Citizens studios and also on the main stage in Ice Cream Dreams, They Shoot Horses Don’t They?, The Grapes of Wrath,  Queens Of France, Where’s The Tramp, Where’s the Moon, The Ape Men, The Warriors The Others and Me, My Clydeside Valentine, Fair Friday, Here We Stay and numerous Wicked Christmases. 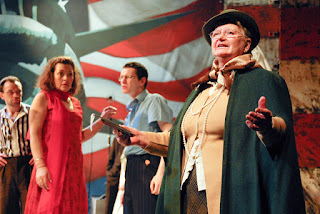 It is with particular fondness that we remember Rena making her entrance in the Circle Studio and entertaining the audiences with her performance. Whether that be as a Queen or Fairy, she always stole the show.

We were lucky to be a part of Rena's life and the fact she was performing well into her 80s, is testament to her passion, determination and hard work.  Those who were fortunate enough to have crossed paths with Rena will have many precious memories, as she was always full of stories and mischief.  We are absolutely certain she is entertaining another troop of players elsewhere and regaling them with tales of growing up in the Gorbals and of her theatrical triumphs at the Citizens Theatre.

We loved Rena as a performer and as a wonderful human being.

Here's a selection of photos of Rena in some of the many productions she took part in at the Citz over the years: 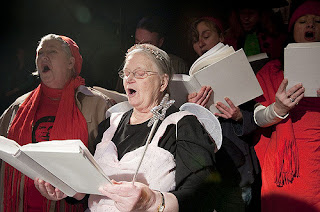 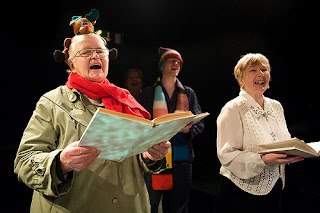 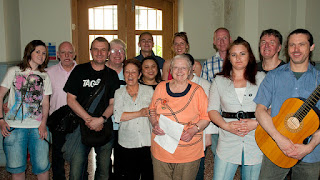 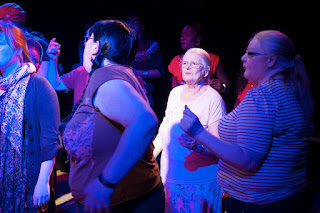 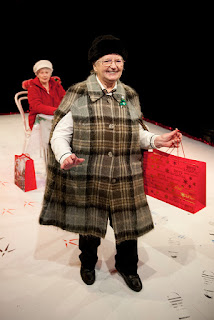