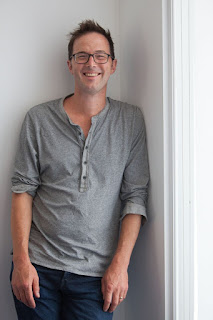 Tom originally trained as a biologist but, luckily for us, was seduced by design when he got involved with student theatre at Cambridge in the mid-80s. He swapped course and took up Art History instead. During his university days Tom designed more than 30 plays – including for his friend and former classmate the stage and film Director Sam Mendes.

Tom says that he got his big breakthrough whilst at Slade Art School in 1990. It was there that he met Costume and Production Designer Chloé Obolensky, who invited him to work with her in Paris on Peter Brook's production of the Tempest. From this point, Tom's career has gone from strength to strength. As Associate Designer of the Royal Shakespeare Company (2004 - 2014), Tom designed over 30 of their shows including The Histories for which he won an Olivier for best costume design.

As well as set design Tom has created some impressive exhibitions. Most famously, he worked with the Artist Paul Cummins on Blood Swept Lands and Seas of Red. The exhibition struck a chord with the public and was seen by over five million people. It won several awards including the London First Award for Cultural Excellence, Special Award Civic Trust, and the Heroes Award from the charity Help the Heroes. In recognition of the work, Tom and Paul were also both awarded the MBE in the 2015 New Year Honours. Other recent exhibitions include Winnie-the-Pooh; Exploring a Classic at the V&A, and Shakespeare Staging The World at the British Museum.

Cyrano de Bergerac isn't Tom’s first collaboration with Citizens Theatre Artistic Director Dominic Hill. Tom and Dominic have worked together on many classic Citz shows including King Lear (2012), The Libertine (2014), Hamlet (2014), Hay Fever (2017) and Long Day’s Journey Into Night (2018). They've also teamed up on productions at Dundee Rep (including on Twelfth Night - winner of Best Design CATS Award) and the Traverse Theatre. Their partnerships are always eye-catching and we’re looking forward to seeing what they come up with for Cyrano de Bergerac.

For more insights into Tom's design process have a listen to the Citizens Theatre podcast, where he chats to Lighting Designer Ben Ormerod about their longstanding collaboration with Dominic Hill. You can also visit his website at www.tompiperdesign.co.uk


Cyrano de Bergerac is a co-production with the National Theatre of Scotland and Royal Lyceum Theatre Edinburgh. It runs at Tramway 1 – 22 Sep, The Lyceum 12 Oct – 3 Nov and Eden Court 7 – 10 Nov.