Come hell or High Water is a community led production that focuses on people's hopes and fears for a future after Brexit. With a diverse cast of 25, some of whom have experienced long-term unemployment, the criminal justice system and addiction services, it draws on a series of workshops, discussions, improvisations and interviews that have taken place since October 2017.

Composer Finn Anderson has created a live score of original music and songs for the production. We sat down with him to find out more about the process. 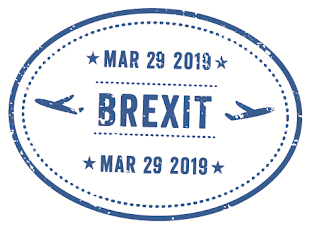 You’ve worked with the Citz on a few productions now (Buckets, One More Sleep ‘til Christmas), how does Come Hell or High Water compare?

In terms of the process it has been completely different to anything I’ve worked on here before, or anything I’ve ever worked on! We’ve been working with the group since October. The first two months were just us all getting together, drinking tea and coffee, and talking about Brexit and what it means to be British. It was a very open space to share views and debate, and to get to know each other. The next stage was trying to shape those conversations into a piece of theatre. It feels like we’ve created a community in the room that has then become a cast. That is really unique.

This is the first time that I’ve worked on a production at the Citizens with lots of songs. I really love writing songs, and marrying music and words together. This is the first time I’ve had the opportunity to do that with the company here which has been really exciting. It’s also unusual as nearly all the words in the play, and definitely all the lyrics, are verbatim – they’ve come from real interviews with real people across Glasgow and Scotland.

So in all of those ways it is completely different to my previous work at the Citz!

How much work did you do in advance of rehearsals and how much is developed in the room?

The preparation phase was really the time we spent early on, having conversations over tea in the rehearsal room. During this time cast members also interviewed their friends and family about what it means to be British, about Brexit and about how it might impact their lives and about what it means to be living in Glasgow – whether you are a refugee that has recently moved to the city or you have lived here all your life. A lot of the content that has found its way into the script has come from these interviews, as well as our discussions in the room.

Were there opposing views in the room?

Yes there were opposing views in the room! And it’s so rare to have a space where a group of people can openly discuss their conflicting views, and at the same time work together towards a shared goal. It’s great because the group of participants have also now become a really good group of friends too. I think what has been really key is creating a supportive space where everyone feels they can share openly and won’t be judged for it.

What does your role of Composer entail?

As a composer I always tend to take musical style for any piece from the story, the characters and the setting. My role here is slightly different as I have the added responsibility of authentically representing different people’s opinions. So, rather than selecting a musical style what I’ve done is focus on what people have said and how they’ve said it, taking the rhythms of someone’s speech and using that to inform the rhythm of the music. For example, if someone said something really fast, or they had particular emphasis on a specific word, I’ve tried to incorporate that into the music.

My task has been putting all our different conversations to music without losing the original meanings and intentions behind the words. I’m aiming to create something that is accurate as well as theatrically and musically exciting. This has been a really fun challenge for me as composer.

Finn and the cast in rehearsals

What styles of music can we expect to hear in the show? Is it quintessentially British?

What I’ve done with the songs is pull out small excerpts from the interviews and tried to find hooks in them. I’ve selected parts that sound like they have a good rhythm or could be repeated as a chorus.  So, it is not a classical sound; it is not a particularly folksy sound. It has quite a catchy, upbeat feel to it.

Within that there will also be elements of Scottish folk, as well as different music from the many different cultures in the room, and the rich musical heritage that comes from all those different places.  I’ve tried to marry that with a musical theatre style.

It is a bit bonkers but somehow it works! It’s nice because everyone involved recognises their own voices in the songs.

What has been your favourite part of the process?

There are a few things. Firstly, getting to work with a group of 25 singers is very rare as a professional composer in the theatre – you hardly ever get to work with a company of that size. It’s also been brilliant working with such a diverse group of people on a joint project.  Meeting up with everyone on a regular basis over the past few months has been very special. Personally, it has really reconnected me to the joy of making theatre, of why I do it and why it is important. I’ve also loved getting to explore this particular topic through music.

And what about the most challenging part of the process?

I would say the music – because all the lyrics are verbatim a lot of the music is very fast, and the rhythms are complex and difficult to learn. Trying to sing in the rhythm of someone else’s speech is actually quite tricky! These guys are doing an incredible job, but that’s a challenge for all of us.

The other big challenge is that balance between creating an exciting and theatrical show and being authentic. As soon as you put some sad music under something that was said, it suddenly makes it ten times sadder than that person intended. That’s fine if you are telling a fantastical, magical story but when you are putting real people’s words on stage you have to be more sensitive about using music to support those words without allowing it to change the meaning of them. This piece has been a real challenge from that point of view.

I think this production is special because there is room for everybody and all their different opinions. I feel like the atmosphere we’ve created in the rehearsal room, where people of all ages, backgrounds and abilities feel their voice is valid, is something that should be found in more theatre foyers and audiences around the country. For me, it is exciting to be in a theatrical environment where everybody comes from completely different backgrounds but we are all united in a shared passion. I think that theatre has a unique ability to achieve that.

Sounds like you are going to miss your twice weekly meetings

I really am! It has been a highlight of the past six months for me.


Come Hell or High Water is one of 50 new works commissioned by Sky Art’s Art 50 project, all on the theme of what it means to be British following the EU referendum. See it in the Citizens Theatre Circle Studio 21-24 March.