As we enter week four of rehearsals for Long Day's Journey Into Night Assistant Director George Nichols reveals how the play has been progressing so far:

In the rehearsal room this week we’ve been working through the play a second time. Because of the size of the play and the complexity of its language Dominic thought it particularly important that we get through it once before getting too in depth. That means that this week we’ve been asking more difficult questions, and have started to construct the characters and their world in more detail. 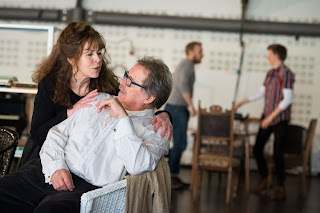 It’s a real privilege, from the perspective of a training director, to get to see such an experienced group of people work on one of the greatest plays ever written. Watching how fearlessly everyone is approaching a play of this size and scale, and with such attention to detail, is really humbling. At this point in rehearsals some moments start to really grab you, and you begin to see what the play will end up being. Sometimes a minute change affected by an actor or a note from Dominic can really illuminate a facet of the play that we didn’t understand before. This has made each day feel charged with energy and promise. 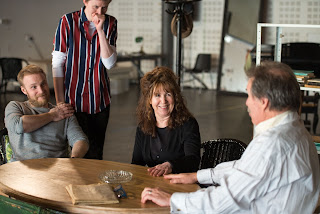 Other elements of the production have also started to come together this week. Bits and pieces of costume have started to come into the rehearsal room and temporary props are gradually being replaced with items that Tom Piper, our designer, is happy with. Clare McKenzie, our composer, is making progress on the music that will accompany the production and Matt Padden has been working on pieces of pre-recorded sound too. At the end of the week we welcomed our marketing team to the rehearsal room, along with Rachael from Home Manchester, to shoot our trailer and to take some footage of rehearsals. 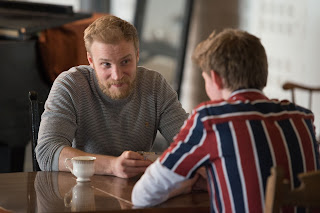 All of this work can sometimes feel like it takes you out of the room and away from rehearsals, but it’s vitally important in order to make every aspect of the production as good as it can be. There is such a positive atmosphere around the theatre and with creating the best work possible being the guiding principle for everyone collaborating on the project we know this effort will contribute to an exceptional production of Long Day’s Journey Into Night.

Long Day's Journey Into Night runs at the Citizens Theatre from 13 Apr - 5 May.