My Country: A Work in Progress divides critics and audiences as much as Brexit! 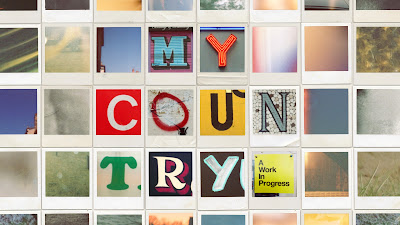 In the days following the Brexit vote, a team from the National Theatre of Great Britain spoke to people nationwide, aged 9 to 97, to hear their views on the country we call home. In a series of deeply personal interviews, they heard opinions that were honest, emotional, funny, and sometimes extreme. These real testimonials have been interwoven with speeches from party leaders of the time in this new play by Carol Ann Duffy, Poet Laureate, and director Rufus Norris.

Speaking to The Guardian, Rufus Norris gave us a bit of background to why he decided to take on a play about Brexit...

"Tired of the shouty voices from Westminster, he decided to turn away from London and start an in-depth listening project to try to understand the roots of the divide that had fractured the country. The work aims to capture the anger and shock of the summer of 2016 and to shed some light on how we got to this point."

To help ensure as many thoughts and opinions were captured, Norris recruited a number of regional 'gatherers' to conduct interviews across the country. Glasgow based Campbell Lawrie, spoke to WhatsOnStage about how he reached out to our own community to ensure local voices were heard in this new verbatim piece. "People were tired of being lied to and people just didn't trust politicians"


The gatherers were encouraged to speak to as many different people as possible as The Guardian details: "Rufus' 'gatherers' spoke to shepherds and hill farmers, shop workers and locum doctors, children and pensioners, people working in the fishing industry, people without work, citizens trying to come to terms with a rapidly changing nation. Norris listened to and transcribed 80 hours of interviews over Christmas and has simultaneously been working to write and rehearse the play"


Norris spoke to Neil Cooper at The Herald about his time listening to the interviews from Scotland. "Everyone we spoke to in Scotland about Brexit talked about it in relation to the Scottish referendum...there was a lot of anger there. If they'd known what was going to happen with Brexit then they might not have voted the way they did. Scottish people we spoke to on the whole were better informed than in some other areas. There was a much more politicised environment, and people were much more engaged with notions of nationhood and community."


The result of My Country: A Work in Progress is a ninety minute piece of theatre which is dividing critics as much as Brexit is dividing the country. It has been called everything from "the worst show of the year" by Arts Desk to "uncategorisable brilliance" in the Independent.

Here's a taste of what the press and audiences are saying about My Country:

"The tone is at once serious-minded (these ambassadors are smart-casually dressed, bearing briefcases, holding aloft photos of the interviewees at the start) and tongue-in-cheek (their arrival heralded by a combative blast of Frankie Goes To Hollywood's Two Tribes)."
The Telegraph

"The play is often very funny, always very warm. The voices are gently treated, allowing the multiplicity of Britishness to fill the stage, encouraging empathy and a willingness to understand ... it is compassionate, funny and insightful."
WhatsOnStage

"The resulting 80-minute show, jointly credited to the poet laureate, Carol Ann Duffy, and Rufus Norris, is never dull but tends to confirm what we already knew: that the referendum has revealed just how fractious and divided we are as a nation."
The Guardian

"Playfully directed by Norris, the verbatim material is vigorously delivered"
The Standard