Matt Trueman talks to Rufus Norris, director of My Country; A Work in Progress

Brexit has split this country down the middle. Last summer’s EU referendum wasn’t merely a difference of opinion – 52% vs 48% – it exposed a rift running beneath. Britain seemed a deeply divided nation. The morning afterwards, heading into the National Theatre building, Parliament to the left, the City to the right, Rufus Norris knew the National Theatre had to address the issue.

"Generally, my tactic is to listen before I speak," Norris starts. That seemed like the only approach: "A listening project." Instead of commissioning a big Brexit play, some state of the nation drama, the National would ask people what they thought and how they felt. The result, only eight months later, is a new verbatim play – My Country; A Work in Progress. 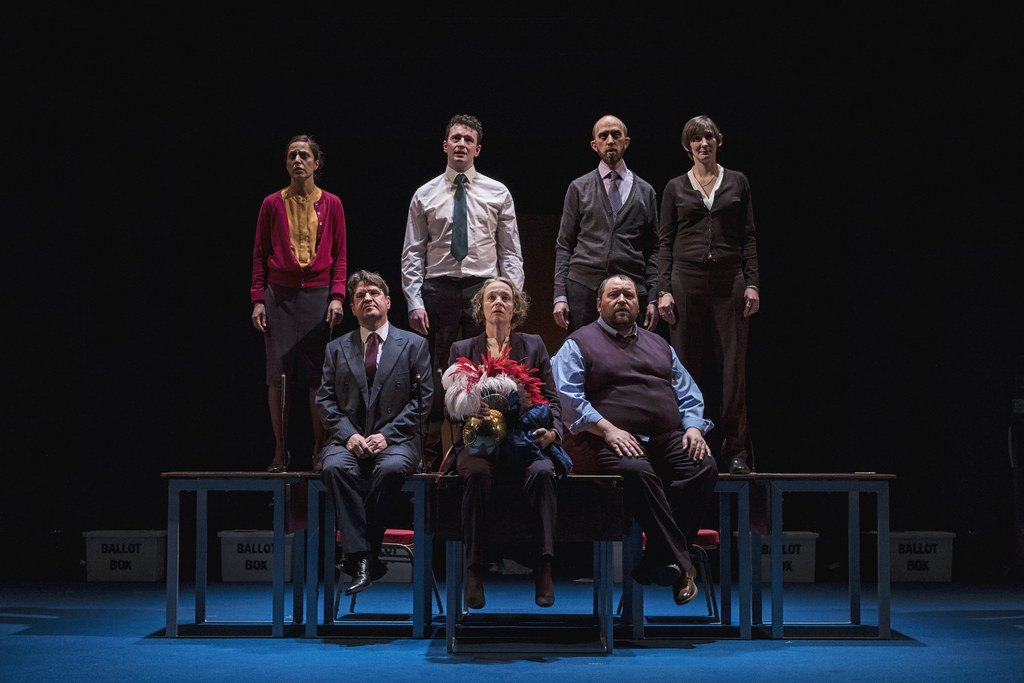 National productions are usually cooked up over years. Merging journalism with theatre, verbatim plays allows a more rapid response – a mark of the urgency of this issue. Norris is, understandably, nervous. "By its nature, this has to be a bit rough and ready, but people are coming to see a piece of theatre. They – and we – want it to be as good as it can be."

My Country’s roots are in another project. A week after the referendum, soldiers took to the streets – not a coup, but a coup de théâtre. Marking the centenary of the Somme, The National worked with artist Jeremy Deller to send squadrons of young men in World War One uniforms into Britain’s town squares and railway stations. Commuters and school kids came face to face with history’s ghosts. People on both sides ran into a shared history. A divided Britain saw men that fought and died side by side. After the rancour of the referendum campaigns, We’re Here Because We’re Here provided a moment of reflection.

Not only did it seem to bring the country together, it showed that small interventions on a local level could achieve a national impact. What’s more, it meant Norris had the means to reach out. "We realised that one thing we had in our favour was all these contacts around the country," he remembers. Not to mention 1,400 volunteers "all of them saying ‘Alright, what’s next?"

The National put together a team of interviewers to engage members of their communities. It was vital that the project worked locally. "If I’d just rocked up and started asking questions, people would have told me where to go," Norris says straight-faced. He needed "people who could find a way in." Their task was to engage a broad cross-section of society in conversation: men and women, young and old, leave and remain. "It was an open brief," insists Norris – no agenda. Find out what individuals really feel, not just how they voted; what’s important to them, what they want, what’s at stake; how they see their country. "It’s the personal stuff that’s really powerful," says Norris. "Where someone’s got a real connection to the politics they’re discussing."

That came surrounded by received information and misinformation. "Bullshit," Norris says, not mincing his words. "When you got onto subjects like the EU – what it pays for, what it doesn’t – nobody really knows." Dramatically, he says, that’s white noise. "You just switch off."

It’s a mark of the level of the debate: partisan media coverage with its own agendas, two sides spinning against each other, making promises, sowing Project Fear. It was nothing on the Scottish referendum, Norris reckons. "That felt like a very grown-up approach by comparison." 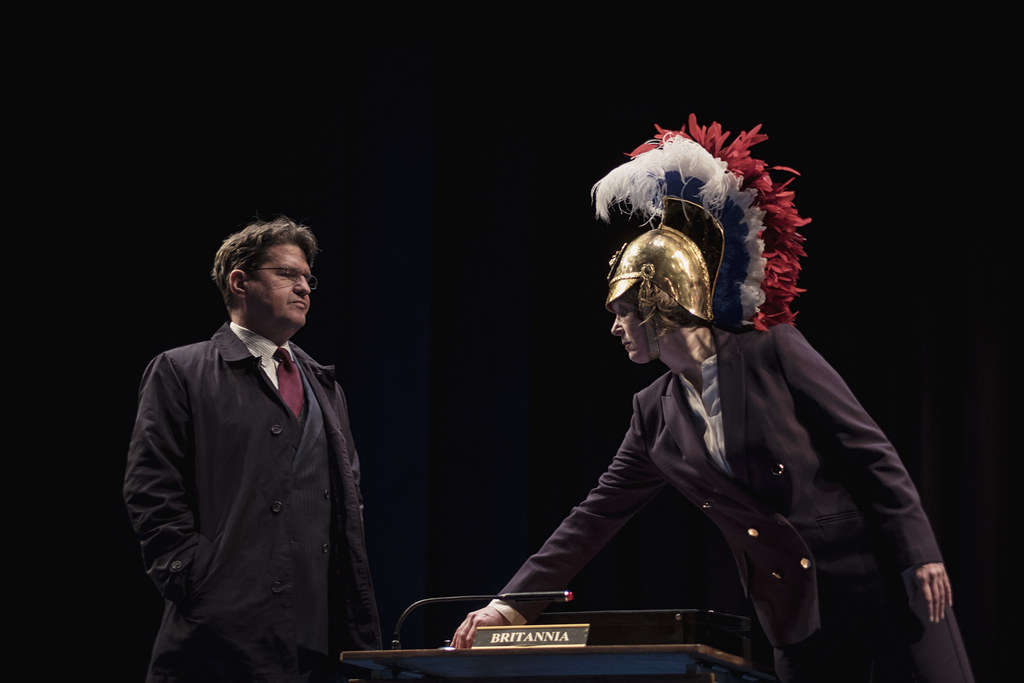 In theatre, the personal is political. My Country proves the point. "There are some fantastic analogies," says Norris. A Leicester pensioner describing a city changed beyond recognition. Derry residents discussing borders and division. Northumberland hill farmers who cut costs to keep up with globalisation and EU regulation. "They can still compete with New Zealand, but only if they use motorbikes to herd their flock. There’s this beautiful phrase: ‘You go up the hill and the sheep don’t know who you are.’" Norris reflects momentarily: "As an analogy for government, that feels spot on."

Throughout the campaign, one thought kept recurring - albeit only rarely spoken out loud. It's a position that puts quality of life above economic strength; services and infrastructure over GDP. "There are all kind of arguments," Norris explains, "but beneath them all it's about the breakdown of community." Theatre can do community. It can work like an amplification device, giving volume to voices that might go unheard, but it can also bring people together in the same room. "It can do what bingo does; what school concerts and churches do. People congregate and when you congregate, you’ve got to deal with somebody else." For a society split down the middle, stuck in echo chambers online and in the real world, that’s a political act. It means, quite literally, sharing a space.

After a stint on the South Bank, My Country; A Work in Progress goes out on tour. It’s a step-change for the National: a shift from large-scale tours of big hits like War Horse or One Man, Two Guvnors, to something more intimate and conversational. "Partly," says Norris, "it’s about encouraging audiences to go to their local theatre, but it’s also about using theatre as a place of debate." Post-show talks will open up discussion and debates. Local communities will talk amongst themselves. 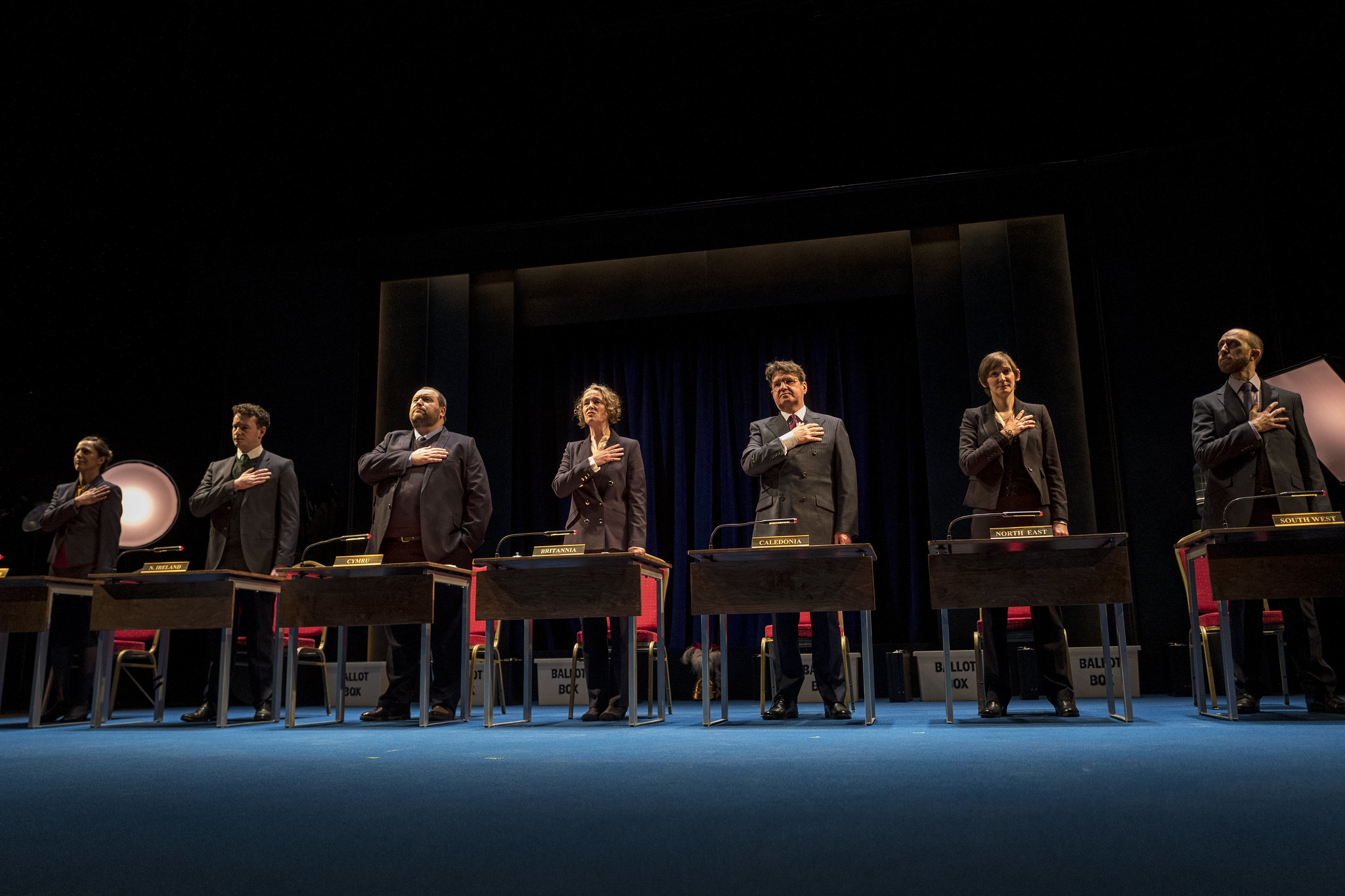 The first thing, though, is to listen. Norris insists that listening can be a gesture of leadership. "One thing everyone agrees on is that we’ve had poor leadership," he says, though, this being unchartered territory, he’s not surprised. "Who knows where we’re going? Maybe politicians need to admit that more. Maybe they need to listen more and to listen better."