Checkmate! "A Clear Win" for Endgame

We've blown open the bunker and shared the shuffling machinations of Clov, Hamm, Nagg and Nell with audiences and critics. They've jumped into Beckett's absurd, strange and at times confusing world of Endgame with both feet - here's what they've had to say:


"Hill, the Citz’s artistic director, has chalked up a clear win for them here" ★★★★★ What's On Stage

"There's a tremendous purity of bleakness about Dominic Hill’s masterly production.”  ★★★★ The Scotsman 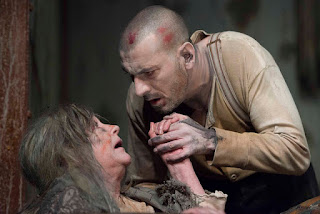 
You've got until next Saturday 20 February to catch the play at the Citizens, before the production transfers to our co-producers HOME, Manchester  from 25 February - 12 March.