From the Personal to the Universal - Alasdair Gray's Visual Art

As we get ready to welcome Lanark onto our stage, we thought it was the ideal time to explore Alasdair Gray's visual art which is central to design of the production. We asked Sorcha Dallas for her insight into Gray's often overlooked artwork. Sorcha curated and devised the recent Alasdair Gray Season which saw Alasdair's work exhibited across Glasgow.

Alasdair Gray is a prolific polymath, internationally acknowledged as a major Scottish writer. Over the last 50 years he has built an extensive body of work within both the literary and visual art fields. His written oeuvre is unique across all genres - fiction, poetry, plays, critical essays and reviews: it is renowned, but his visual work has been less widely acknowledged due to it never being thoroughly researched, archived and promoted.


My working relationship with Alasdair Gray began in 2007, although I had encountered his work long before. As a painting student at Glasgow School of Art, Lanark was a key text and cited as a constant source of inspiration for many an emerging artist. Studying in the late 90s in Glasgow I witnessed an increase in experimental and 'environmental' art within the city, with many of the artists using the city itself as the context to their work. The energy of these artists was critical in establishing the artist run space TransmissionGallery in the late 80s, which was crucial in fostering a local community and art scene. Transmission Gallery was the catalyst in creating a vibrant, grassroots art scene which encouraged artists to stay within the city, to not move (in the past many would have had to move to London for both economic and career opportunities) but to build an international dialogue and root it firmly back into a local community.

Transmission has always encouraged cross pollination of mediums, politics and ideas and Gray and a new generation of writers (such as James Kelman and Liz Lochhead) were often involved in readings and events, such as the 1987 series 'Transmission Goes Verbal'.
Artists who are musicians (and vice versa) add to Glasgow's supportive, experimental and vibrant scene, securing its position as a leading international city of culture. Alasdair Gray's politics, ideas, publications and artworks continue to inspire Scottish writers and artists seeking to achieve an international voice whilst still being based in Scotland. His work has always been rooted in the idea of the local. However, Gray has always striven to use this idea as a starting point to acknowledge and discuss more universal themes, a sentiment that inspired the Transmission generation and holds strong to this day. 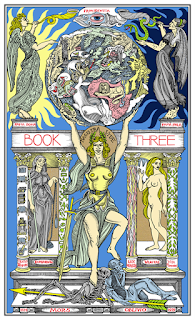 When I started working with Alasdair I had been working with a younger generation of Glasgow based artists through the commercial gallery (Sorcha Dallas) I owned and ran. From 2003-2011 the gallery offered a support structure for a new generation of emerging artists based within the city. It was only the second contemporary commercial gallery in Glasgow and grew out of the artist run scene in which I had been involved since the late 90s. Many of the artists I worked with, like myself, admired Gray's unequivocal vision, often at odds with current practices, and the way he used the familiar, Glasgow, to deal with international ideas and concerns. Although Alasdair had trained at Glasgow School of Art and considered himself an artist who fell into writing, it was the latter for which he was best known.

Walking around the West End of Glasgow you could experience Gray's murals, however go beyond that it seemed most people encountered his visual work through his books. My main aim has been to recontextualise Alasdair's visual work, to show it is as unique and autonomous as his literary works and to make a wider public aware of the incredible body of work spanning over 65 years. The key to this has been promoting it through exhibitions and events (such as The Alasdair Gray Season I recently devised whose main show 'From The Personal to the Universal' at Kelvingrove Art Galler and Museum I curated) as well as ordering his visual material and creating an online resource through which to experience it which I will developing further in 2015 and beyond, in partnership with Glasgow University and Glasgow School of Art.

Lanark previews at the Citizens Theatre from 14 - 17 August, returning 3 - 19 September.

Lanark will also be performed at the Edinburgh International Festival at the Royal Lyceum Theatre, Edinburgh from 22 - 31 August.