We finish off our 70th anniversary year in grand style with a new musical written by Paul Higgins and featuring brand new songs by Deacon Blue singer and songwriter Ricky Ross. We're doubling up our helping of birthday cake to celebrate another historic anniversary with a trio of new productions inspired by the controversial, radical and risqué programming of the Close Theatre 1965 - 1973. 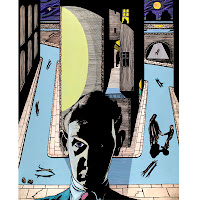 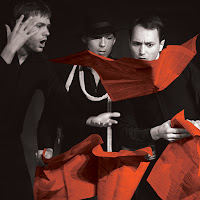 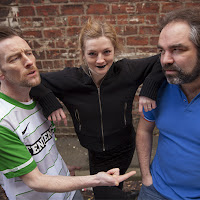 The full autumn programme is now on sale and includes:

THE CHOIR (24 October –14 November)
The Choir is a funny, gritty but ultimately heart-warming musical play set in Wishaw about a group of strangers who come together, not always willingly, to sing in a community choir. Directed by Citizens Theatre Artistic Director Dominic Hill, written by Paul Higgins and features original songs written by Deacon Blue’s Ricky Ross.

CLOSE THEATRE ANNIVERSARY SEASON (30 October – 7 November)
A programme of visceral, experimental and challenging work, rarely seen on the Scottish stage and inspired by the spirit and ethos of the original Close Theatre. Learn more about the Close in The Herald's interview with Artistic Director, Dominic Hill.

Lot and His God by Howard Barker (3 – 10 October)
A subversive re-telling of the ancient Old Testament tale of Lot and his wife and the fall of the city of Sodom. Directed by Debbie Hannan.

RAPUNZEL (28 November –3 January)
Let down your hair! A funny, foolish, madcap festive show with a darkly mischievous side suitable for the whole family aged 6 and over.

Out of the building and on the road:  SCARFED FOR LIFE (14 –22 August)
Citizens Learning take Scarfed For Life, a modern Scottish parable set against the backdrop of the first Celtic and Rangers clash of the season tours to the Edinburgh Festival Fringe, Òran Mór, Glasgow and Beacon Arts Centre, Greenock.

Fill your boots with fresh new theatre this autumn. You can save pounds for an extra ice cream at the interval on Family Tickets for Dragon and Rapunzel. Plus bag a bonus discount if you book for all the performances as part of Progression 2015 or Close Theatre Anniversary Season.

Blogger said…
I've just installed iStripper, so I can have the best virtual strippers on my taskbar.
15 November 2016 at 11:51