A Christmas Carol on Film 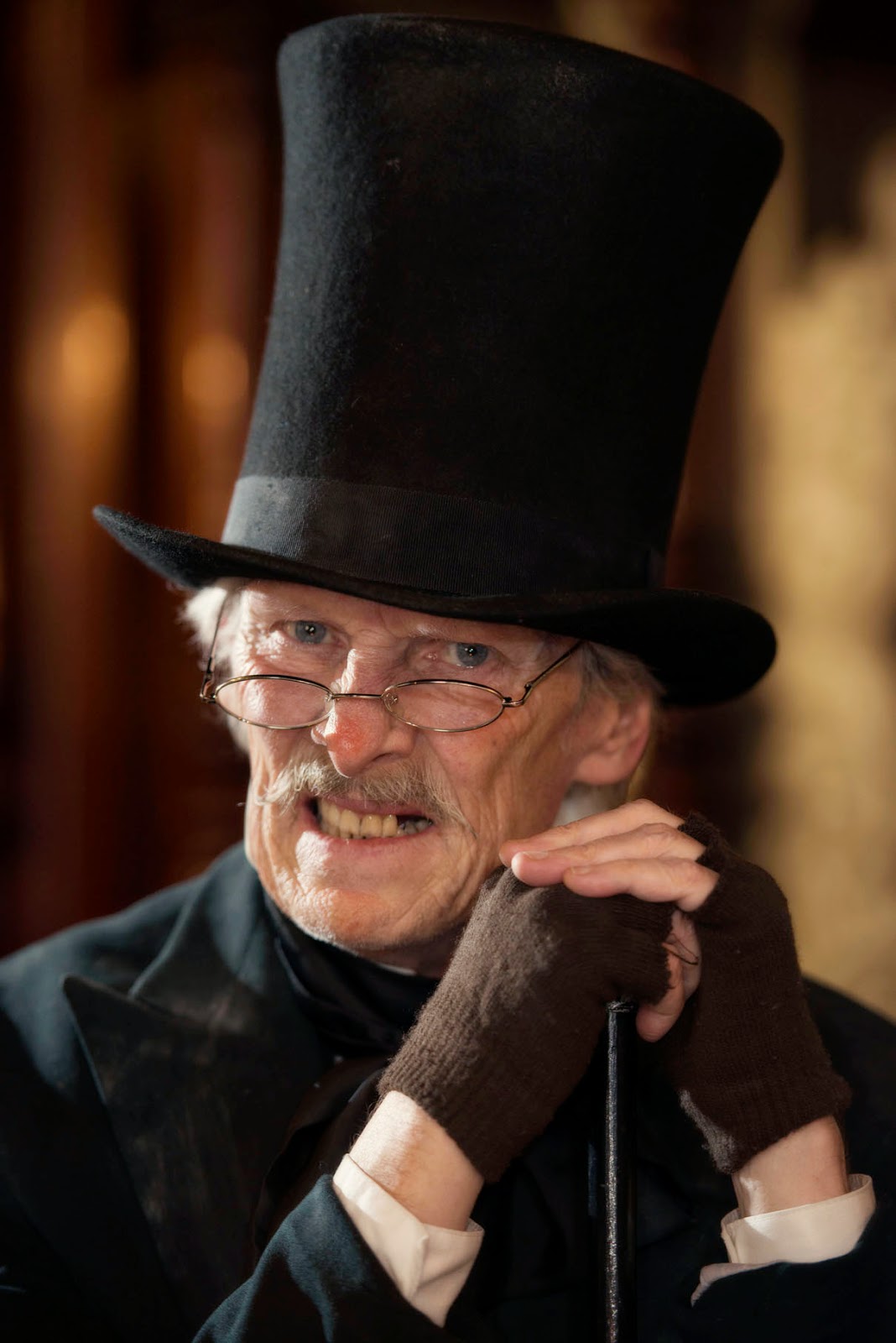 As we are getting ready to welcome our very own production of A Christmas Carol on to the Citizens' stage, it seems like the perfect time to explore the many screen adaptations that Dickens’ classic Christmas tale has inspired over the years.

The tale of a wicked old miser who embarks on a journey of redemption after being visited by supernatural guests has enthralled audiences for generations. As such it is a story that has proved irresistible to film-makers as they attempt to capture the original spirit of Dickens tale.

Many have felt the urge to embellish upon the original story with some very mixed results. Many illustrious actors have tackled the role of Ebenezer Scrooge over the years including Patrick Stewart, Albert Finney, Jim Carey, Michael Caine, Alastair Sim and even Marcel Marceau (also with varying degrees of credibility!).

So join us as we take a gallop through some of the more memorable screen versions of A Christmas Carol.

Beginning with the very first film adaptation of A Christmas Carol which is entitled Scrooge, or Marley’s Ghost and was created in 1901. To modern viewers it may appear very crude and quite ropey in places - Marley’s ghost is literally a man with a white sheet draped over him. However, for all its shortcomings in the costume department the film-makers made good efforts with the special effects, with some impressive camera tricks (by 1901 standards of course). You can watch part of the film here and judge for yourself. Alastair Sim plays the titular role and for many this is one of the most memorable adaptations. Sim imbues the character an inner complexity never seen in any other film version. It delves deeper into Scrooge’s history and attempts to explain why he has descended into such a cruel, uncaring man. He feels such resentment towards his nephew, Fred because Scrooge’s beloved sister Fan, died giving birth to him. Of all his 60 films, this is probably the Scottish actor’s most celebrated performance.

Albert Finney stars as Scrooge who is visited by Sir Alec Guinness playing Jacob Marley’s ghost in this musical interpretation of Dickens’ Classic text. Scrooge received four Oscar nominations and still remains the only adaptation to have done so. Finney also received a Golden Globe for The Best Motion Picture Actor in a Musical/Comedy. Included amongst the myriad of songs are ‘I Hate People’, ‘See the Phantoms’, ‘I like Life’ and ‘I’ll begin Again’ which essentially sums up the basic plot musically. The film takes liberties with Dickens’ original text by not only adding contemporary music but by including a bizarre scene where Scrooge tumbles into his own grave, plummeting into a fiery hell scene.

Scrooged not only departs from the original text but transposes the Victorian setting to an American 1980s office interior of a high powered executive. It is not a direct translation of the novella but retains the crucial redemptive and transformational elements of Dickens’ story. Fred Cross, played by Bill Murray, is a cruel, cynical TV Executive who is essentially a latter day Scrooge. On one fateful Christmas Eve night he reforms his mean ways after a midnight visitation by three ghosts. The combination of Bill Murray’s off-beat humour and 1980s setting has ensured its cult status.

A list of memorable A Christmas Carol adaptations wouldn’t be complete without including The Muppet Christmas Carol which for many people is the most archetypical version of Dickens’ classic text.  Michael Caine plays the mean spirited Scrooge and he is joined on screen by the complete menagerie of much cherished Muppet characters including the classic odd coupling of Kermit the Frog as Bob Cratchit and Miss Piggy as Emily Cratchit whose divergent demeanours account for many laughs. The Muppet Christmas Carol is surprisingly close to Dickens’ original tale albeit with many of the characters being played by puppets.

This finally brings us to our very own stage production of A Christmas Carol directed by Citizens Artistic Director Dominic Hill, renowned for his ‘highly imaginative, transfixing productions’ (Daily Telegraph). You can expect a magically inventive heart-warming and spine tingling production complete with puppets, carols and lots of snow! It offers a true festive treat for all the family that captures the original heart of Dickens’ beloved tale. The show runs from 29 Nov 2014 – 3 Jan 2015 and is sure to warm even the coldest of hearts and leave all rejoicing in the Christmas spirit so don’t delay book your tickets now.

Have you got a favourite version of A Christmas Carol? Let us know in the comments below