Our actor intern, Jessica Hardwick, lets us into some trade secrets from the Miss Julie rehearsal room. Jess plays Christine in Zinnie Harris' adaptation of Strindberg's play and posed for our print campaign for the show.

"The first day of rehearsals is always an exciting time. Our morning began with a quick meet-and greet, welcoming the new cast and being introduced to the Citizens family (I was delighted that chocolate biscuits and tea were on the go to get stuck into as well). It was also great meeting my other two cast members - Keith Fleming who plays 'John' and Louise Brealey who plays 'Julie'. 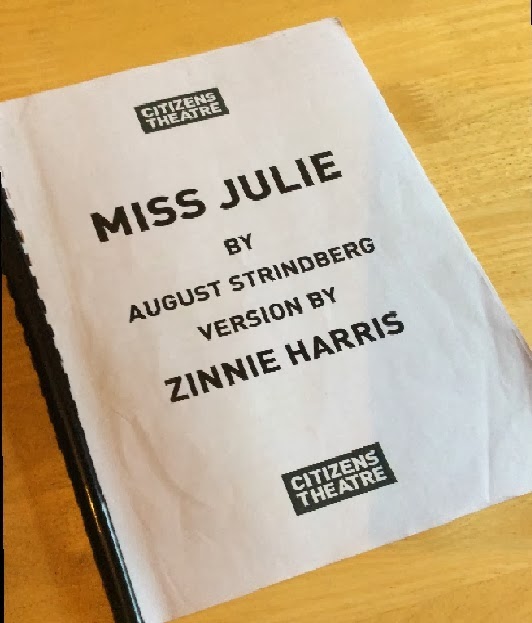 After the read through, our director Dominic Hill gave us an insight into how the play would be set. We saw the model box which is a mini version of the stage that the designer has created for us, to see how the stage set will all look once built. The whole play is set in one location - the kitchen of Miss Julie's home - and the set has been designed so that the audience feels drawn into the action being played out on stage.

Our version of Miss Julie by Zinnie Harris, based on the original by August Strindberg, is set in 1920s Scotland. The modern, fast paced script that Zinnie has created fits perfectly into this time period and is still hugely relevant to society today.

I was set my first challenge early in the week - to make a loaf of bread! I play Christine who is the cook in Julie's household and we thought that during one of the scenes, I could be preparing some bread dough. I had no idea what I was doing, so after an hour of covering myself in flour back at my flat, I finally make a lump of something that I suppose you could call bread. It didn't taste great but with some butter and Marmite it was definitely edible! 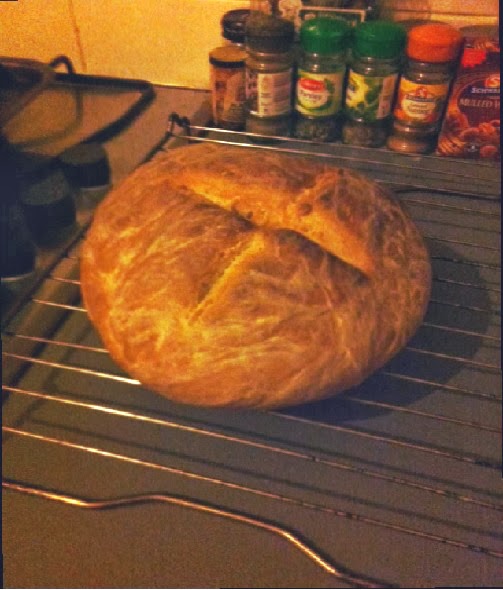 Luckily for me, the bread making has been cut from the scene, which I must admit is a relief!

The first week's always a bit hectic, as you're finding your feet and trying lots of new things to help discover and build your character. You just dive in and go for it. So far, it looks like it's all coming together well.

Now it's off to do some line learning in preparation for week two of rehearsals!"