An event and a half!

Described by one audience member as "a real brain twister in the best possible way" and by another as an "anti-play", The Event, which lands at the Citizens Theatre next week, evokes a fantastic reaction from those who see it.

One of the hits from the Edinburgh Fringe 2009, this show has received 4 and 5 star reviews across the board. Our marketing team tried to get tickets for the festival last year, but it was a sell out. Hence we are really excited about having it right here in the Citizens! 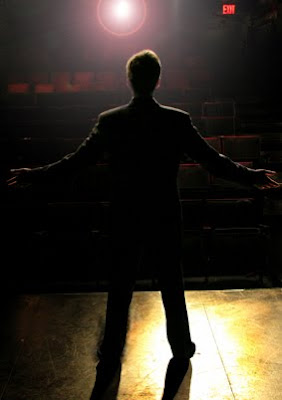 I thought the best way to give you a glimpse of how good this is, would be to show you some critics comments:

THE GUARDIAN (4 stars)
“The Event is a wake-up call to anyone who has ever wondered why it is that we know all the details of Jordan and Pete's marriage breakup, but can't say how many Iraqis have died in the Iraq war. It deliberately and cruelly destroys illusion: it makes us see how the trick is done, and challenges us to rise from our safe seats in the comforting dark and protest.”

THE TIMES (4 stars)
“...there are some [one-person plays] in which a single performer is gifted enough to rivet an audience. Such is the case with The Event, in which a cool, sharp American called David Calvitto appears as someone who is and isn't himself…an incongruously entertaining lament for a technocratic, money-loving, cliché-packed ("God Bless America"... is that a saying or a plea?') 21st century”

THE HERALD (4 stars)
“a witty and incisive dissection of the performance process…Wearing an expression that moves from bemusement to hang-dog, every nuance, gesture and phrase are rigorously controlled. If it hasn't been acknowledged already, then it should be noted now that Calvitto is one of the funniest and cleverest performers around”

THE DAILY MIRROR (5 stars)
It's not very often that a deceptively simple piece of theatre can make you question, not only the nature of reality, but the very nature of existence itself. But this is what The Event does. It's ok, they don't hand out LSD on the door…Standing alone in a pool of light, he begins to deconstruct the artifice of theatre wittily, amusingly and yet profoundly. It is quietly shocking and yet very funny…While all this might sound like some high-brow exercise in philosophy, it is far from inaccessible; indeed, it unfolds effortlessly, taking us away from our usual standpoint and from our usual mindset…Absolutely superb. 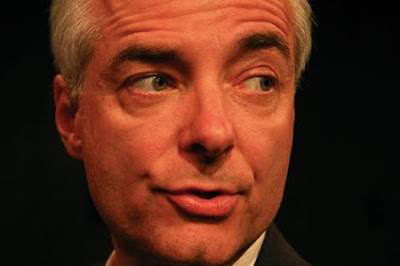 We have booked our tickets and would totally recommend that you do too!