It's about being a citizen of the world

In just over a week we open My Name Is Rachel Corrie, a powerful play about a young peace activist who died in Palestine in 2003. In 2006, Jackie McGlone spoke to Alan Rickman, who discovered the story and edited the play (along with Guardian editor Katharine Viner). The following comes from an article in the Scotsman:

“Rickman read Rachel's e-mails in the newspaper. "Two things stick in my mind: one was that the writing didn't feel as if it wanted to be trapped on a page for ever, it wanted to be spoken. The second is, I might not have read that paper, just as I haven't got round to reading one today - I might not have known," he says, trying to imagine the unimaginable. 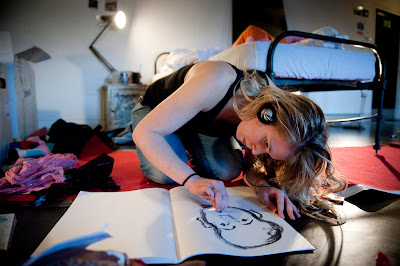 Immediately, he left his home in west London and went to the Royal Court to suggest to Ian Rickson, the artistic director, that they should do something with it. "Then Rachel's parents arrived in London. They were a bit dazed, not just by what had happened to their daughter, but because this theatre was saying, 'We want to do a play based on her writings.' But they are remarkable people. There was never any bitterness or anger, only reasonableness and a desire for justice - because there has never been an investigation into Rachel's death." 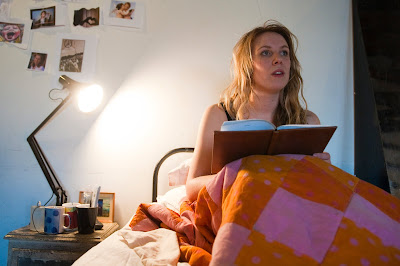 The Corries gave Rickman "everything" - Rachel's school notebooks, jottings, diaries, poems. "We got 182 pages, from the time she was 12 up to the Gaza e-mails. I went to the Corries' home, in Washington, and spent time with them. 'Don't put her on a pedestal,' they said to me. But I was always concerned that this would not be a 90-minute polemic. You come, you make up your own mind," he says. "Of course, when Cindy and Craig saw the play, they were like human waterfalls." 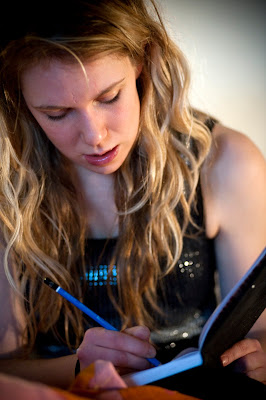 When I saw the production, I veered between wanting to shake Rachel for her naivety and wanting to embrace this "scattered and deviant and loud" young woman for her intelligence, spirit, honesty and courage. "I'm so glad you felt that, because that's exactly how I hope audiences will feel," responds Rickman. "This isn't a play about Palestine or Israel, it's about being a citizen of the world."”

Rickman, who had one of his first major stage roles at the Citizens Theatre, also reminisces about the theatre “They changed all our lives”.

You can read the full article here.