Eleanor Capaldi is a member of the Citizens Young Co. and one one of the writers from the company's most recent performance piece "Reflections on the River". Eleanor has reflected on her experiences in the build up to the production...and the post show glow!...

"The Reflections journey began almost a year ago when the Citizens Young Co. conducted writing workshops with Peter Arnott of the Playwright's Studio. A basic insight into writing for the stage followed, but the project for me didn't fully get under way until next spring. In the middle of rehearsals for They Shoot Horses, Don't They? I happened to mention to Neil Packham that I had written a script for the Young Co. project, but hadn't really done anything with it since. In his usual encouraging and enthusiastic way Neil said to submit it, go for it, get involved. I did. And almost a year since the first writing workshops began, I was sitting in the audience watching five new plays performed in a beautiful set to a paying public..."

Click here to read the rest of Eleanor's fantastic article - a great insight into the experience of writing your first play and watching it being produced...well worth a read! 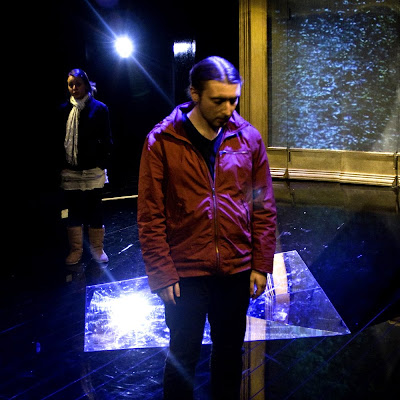 TAG produces all of the Citz work for children and young people, which includes Citizens Young Co. You can read more Young Co. news on the TAG blog. Here's a link to all recent Young Co. posts.