More Behind the Scenes

To kick things off, I'm going to add another couple of Behind the Scenes features:

Key Responsibilities: Maintenance and running of all aspects of the building, from fixing leaky roofs to broken computers, and everything in between.

How long have you worked at the Citizens? About two and a half years in total; previously as Marketing Information Manager and now as Building Manager.

Did you have to train specifically to do your job? No, but it would have been a great help and I would have avoided many mistakes. It is one of these jobs where the best way to learn is by doing. You just have to be prepared to tackle anything that’s thrown at you. 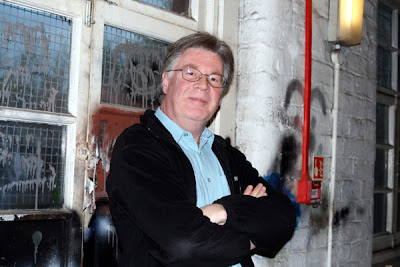 What’s your favourite thing about your job? It’s interesting, varied and downright weird.

What’s your least favourite thing about your job? When the sewers under the building get blocked!

My hero is… Sir Richard Francis Burton (not the Welsh actor), who was something of a Renaissance man. He was an African explorer, a prolific travel write, fluent in 47 languages, the third best swordsman in 19th century Europe, the first westerner to visit Mecca (in disguise – if he had been discovered he would have been beheaded on the spot) and the man who first translated the Kama Sutra and the Tales of the Arabian Nights (the adult version), bringing them to a Victorian Britain which was not ready for either!

You probably don’t know this about me, but… I’ve put on three photography exhibitions in the past four years; one at the Burrell Collection, no less.

My first ever album was… The Point by Harry Nilsson: “A point in every direction is the same as no point at all”

My desert island luxury would be… Nicole Kidman

I wish I could… Learn to fly, so I could do aerial photography, and search for that desert island.

Key Responsibilities: Co-ordinating and delivering educational drama programmes in schools and with community groups. I also run our weekly drama class programme at the Citizens’ Theatre.

How long have you worked at the Citizens? I have worked here for about a year and a half.

Did you have to train specifically to do your job? I did drama at school up to Higher level. Then I went to the RSAMD in Glasgow and completed a degree course. I subsequently worked on a freelance basis for a couple of years with various arts organisations and local authorities to develop my experience. After that I worked in the East End of Glasgow for a Community Arts organisation and finally ended up here!

Over the past few years I have gained experience in workshop delivery, theatre directing, project co-ordination and arts administration. 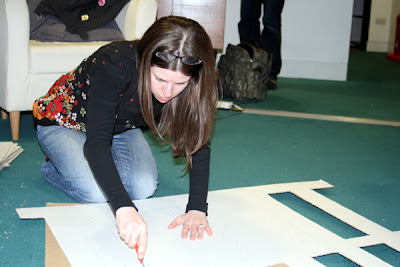 What’s your favourite thing about your job? I enjoy planning projects and then seeing them come to fruition. One of the projects I am particularly happy about is our weekly drama class programme. Literally hundreds of children and their parents come into the theatre each weekend now and it really brings the place to life.

What’s your least favourite thing about your job? The hours can be quite anti-social at times. If it is a really busy time, with lots of projects on the go, I can be in here until 8 or 9pm trying to catch up. It has peaks and troughs though and there are also times when it can be really quiet, which is great because I can then catch up with all the admin that needs done!

My hero is… don’t have one

You probably don’t know this about me, but… I once blew my head up in an oven.

My first ever album was… Now 13 cassette tape

I wish I could… have a really cool superhero power. I’d want the ability to fly I think.
Labels: Behind the Scenes