Graham Sutherland, our Head of Production continues his blog documenting the Citizens Theatre Redevelopment. In this extract from his latest update, he shares some insights from the last piece of major external demolition work – to remove the derelict building attached to the historic paint frame; one of the most treasured pieces of heritage in the building. 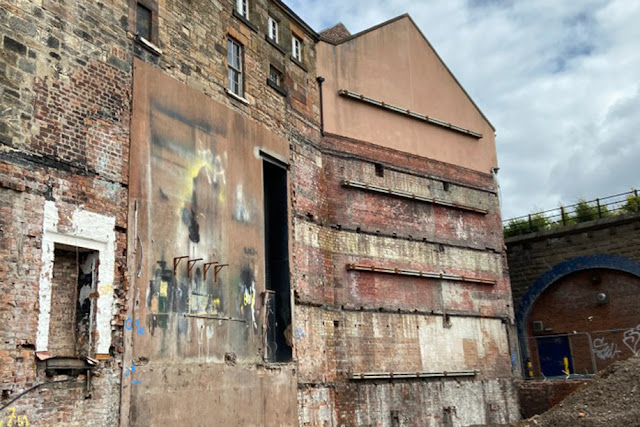 A bit of background

This area to be demolished was historically part of another building called the Grand National Halls of the Good Templar. It was used for weddings, concerts, functions and meetings, particularly by the growing local Jewish community at the time. Eventually it was developed and rebuilt by Bertie Crew into the Palace Theatre. You can see one of the meeting halls next to the paint frame in the image below. 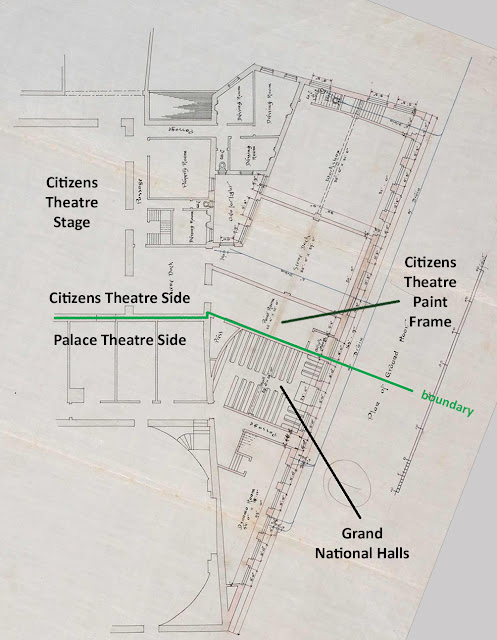 Citizens Theatre alongside the Grand National Halls on Cleland Lane
(annotated over drawings by architects J. Thomson & R.D. Sandilands, 1905)
Bertie Crewe also ran the Princess’s Theatre which went on to become the Citizens Theatre. Both theatres shared a columned facade on Gorbals Street. A fire in the Close Theatre, tucked behind the columns, led to the closure of the Close and the Palace. Following the clearance of the tenements they were finally demolished in 1978. 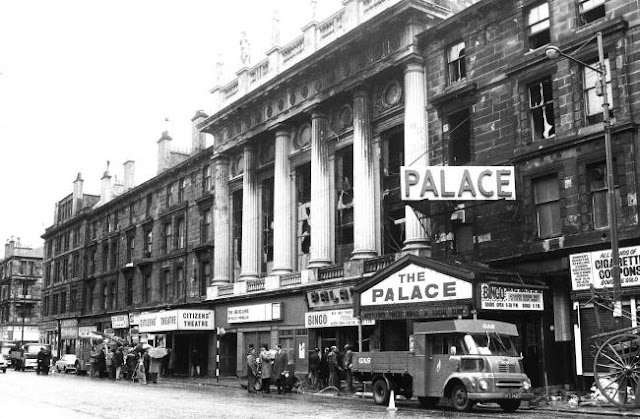 Fire damage on the facade 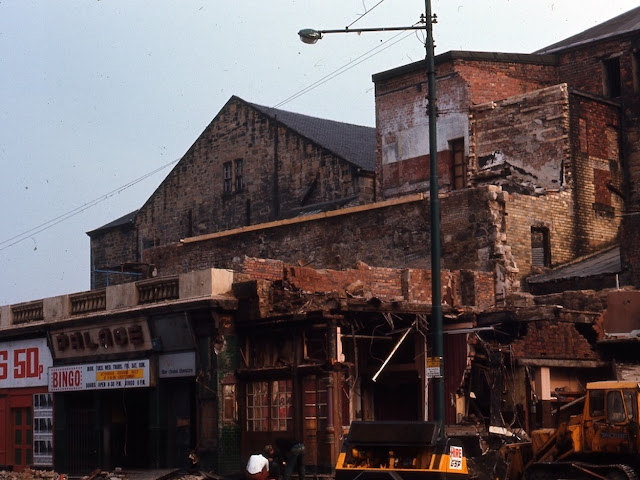 The facade and Palace Theatre being demolished
After demolition, a portion of the Palace was left in place next to the paint frame for fear that demolishing it would bring the paint frame down with it. The Citizens Theatre, our design team and the contractors are acutely aware of the potential risk and every effort has been made to mitigate it.

The remaining structure was left in a deteriorating condition that continued to endanger the paint frame. Remedial works to stabilise and weatherproof it were carried out some years ago by Glasgow City Council. The interior levels were a total mismatch with the Citizens, and it was in extremely poor condition, so it made sense to take the opportunity to remove it as part of this project. 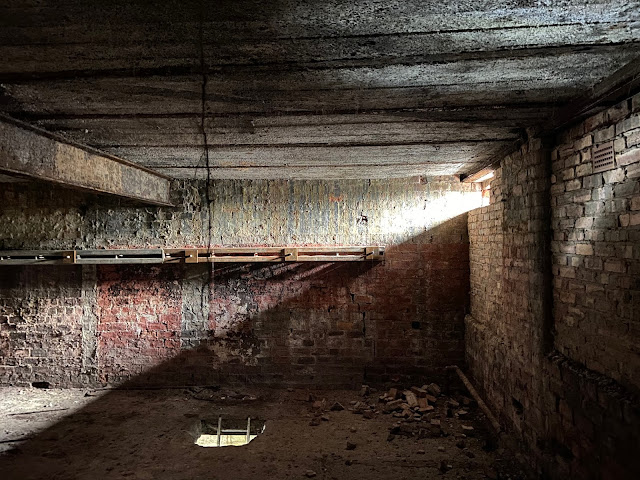 Light comes in through a hole in the wall – root hangs from above
In the photo above, the steel-work you can see on the wall is part of temporary works that are required to keep this wall standing as the rest of the derelict area is removed.

The paint frame allows scenic cloths to be attached to a wooden frame that travels up and down on pulleys so that the scenic artist can reach each piece of the cloth from the one level without having to climb up or down.
Because one frame is against the back wall of the derelict building and the wooden frame has to travel from the basement right up to the top floor unimpeded, it means that without the derelict building there is nothing to support it from our side all the way up to its full height. 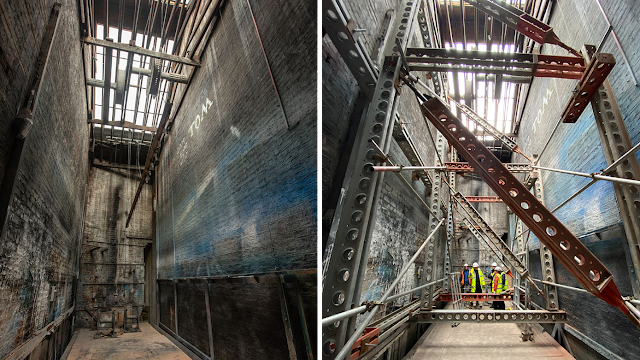 Left: Empty paint frame (photo Mike Hume)
Right: Temporary steelworks in paint frame (n.b.this photo was taken pre-Covid)
Once the new building is complete the new steel-work in the construction workshop will support this wall. Until then, significant temporary engineering works have had to be installed to ensure everything remains intact. It was no easy feat to thread it through the historic fabric without damaging the most important elements of heritage.

Scaffolding was erected to allow safe access to each level of the derelict building externally. the demolition work had to be carried out with great care and the building was taken down one level at a time. The walls were carefully demolished by hand from the scaffold platform. However, for the concrete slab on each level a demolition robot was used to mitigate any risk to workers from it collapsing whilst being worked on.

Demolition robot on the first floor slab suspended from the crane
Once this was complete the whole area was levelled and filled with hardcore creating the piling mat ready to start on the foundations of the new build elements. 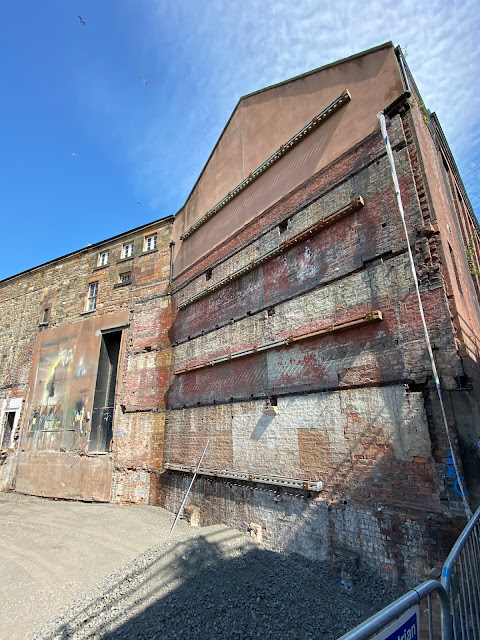 Now that the external demolition is complete, work has started on the foundations for the new build elements of the development. As these continue we will start to see the layout of the new areas of the building taking shape.

Written by Graham Sutherland for gsutherland.co.uk, 21 August 2020 as part of his most recent blog. Read the full post here to find out more details and what is happening next. Graham will be continuing to blog about the project in the coming months.