Phillip Breen's Insight Into Travels With My Aunt

Director, Phillip Breen, is a familiar face at the Citizens Theatre having previously directed A Day in the Death of Joe Egg, his own adaptation of The Resistible Rise of Arturo Ui, The Shadow of a Gunman, The Caretaker and True West.  Most recently, Phillip has directed Mark Addy and Caroline Quentin in The Hypocrite, a new co-production between The Royal Shakespeare Company and Hull Truck as part of the Hull 2017 UK City of Culture.

Here Phillip discusses what drew him to Giles Havergal’s adaptation of the Graham Greene novel, Travels with My Aunt. 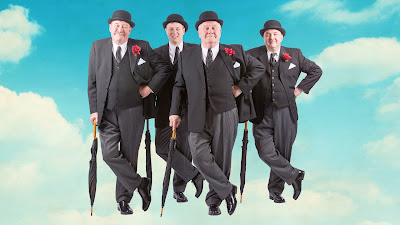 Travels with My Aunt is both very much a novel of its time and one that has taken on the status of a classic, in that it has something new to say to each passing generation. It’s funny, satirical, grotesque, dark, morally knotty and elusive; it’s almost as if P.G. Wodehouse had been tasked with rewriting Conrad’s Heart of Darkness. It’s rooted in the literary mileu of the ’60s while at the same time somehow sending it up.

As in Camus’s great existentialist novel The Outsider, we meet our anti-hero at his mother’s graveside, (he’s “agreeably excited” by the prospect of the funeral), it also has aspects of Kerouac’s On the Road, complete with clouds of cannabis smoke. The political anger of Brecht and his contemporaries is captured by Henry’s belief that his Aunt’s crimes are “nothing so wrong as [working] thirty years in a bank”. Part of the genius of the novel is that unlike those angry young men protagonists, rebelling against the ‘greatest’ generation who fought fascism in World War II, this middle aged bank manager is shown the seedy underbelly of the swinging sixties by his septuagenarian aunt with flaming red hair, who happens to be having lashings of sex with an African drug dealer and lover of romantic poetry.

It’s a passionate injunction to lead a ‘true’ life, but unlike many of his contemporaries’, Greene’s portrait of the ‘true’ life has troubling consequences: freedom costs. Henry leaves behind the stifling conformity of Southwood, where death inches inevitably closer to him day by day, for life in lawless Paraguay, where you’re as likely to get a life sentence for blowing your nose on the wrong coloured handkerchief, as you are to make your fortune as a dealer in stolen renaissance art, as you are to crash your plane somewhere over Argentina. Henry’s striking ambivalence to everything (including his own desires), hangs mysteriously over the narrative.

It also feels like a novel for now. Never has the idea of Southwood - a little Englander’s fantasia of long shadows on county grounds, warm beer, invincible green suburbs, dog lovers and old maids bicycling to Holy Communion through the morning mist - and the desire to return to it, been so present in the national conversation. Greene describes it as “a little world of ageing people where one read of danger only in the newspaper”. Perhaps the novel has something to say to a generation of young people, made increasingly rootless as their geographical networks are superseded by digital ones.

Either way it’s a fascinating subject for a play and Giles Havergal’s adaptation has in itself taken on the status of the classic being performed regularly all over the world; its ingenious dramaturgy allowing the theater-goer to experience the full depth of Greene’s gloomy imagination while having a bloody good laugh. It is one of the finest flowerings of one of the greats of European theatre, and one of the most memorable moments in the Citizens’ recent history.

A full list of Phillip Breen's credits can be found at citz.co.uk. 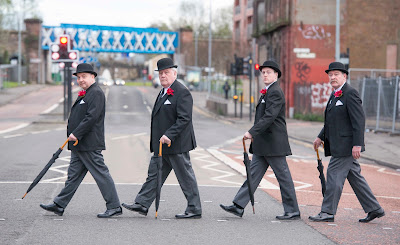 Blogger said…
Vaporfi is the best electronic cigarettes supplier on the market.
17 September 2017 at 06:04