Cuttin' A Rug: Adventures in Paisley

Rehearsals for Cuttin' A Rug, the second instalment of John Byrne's much-loved Slab Boys trilogy, kicked off this week. Set on one evening in 1957 in Paisley's stunning Town Hall, Cuttin' A Rug picks up right where we left Phil, Spanky and rest of the Stobo & Co gang as they get ready for the annual staff dance.

Director Caroline Paterson (who herself has appeared in and directed The Slab Boys plays) took the team on a wee outing to Paisley for a tour of the Town Hall and the cast even enjoyed a spin on the ballroom floor!

Our lovely tour guide Fiona showed us the beautiful ballroom and the balcony where much of the story unfolds, while Caroline shared lots of exciting ideas about her vision of the show ahead of opening at the Citizens Theatre in February. 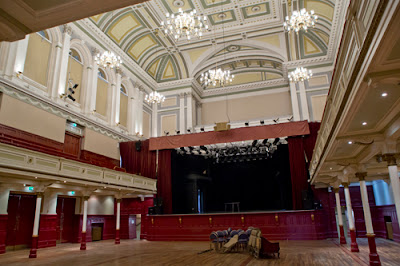 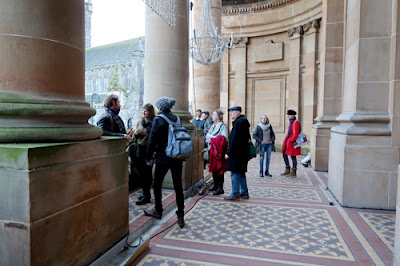 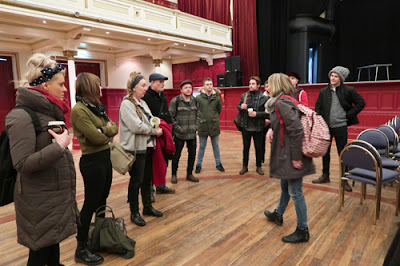 After our tour we had a quick press call in front of the Town Hall in support of Paisley's bid to be UK City of Culture in 2021. Speaking about her visit Caroline said "I'm very excited about the company being in Paisley as John originally set the play in the Town Hall. I really want this production to be a celebration of Paisley and also John's work. I'm overjoyed about the [UK city of Culture 2021] bid as I think Paisley's history and people make it a special place."

After a busy morning it was time to head back to the Citz to carry on rehearsals!

It has been said that any bettor must watch this,

Watch this or quit betting on sports...