Our Up Close season is celebrating the 50th anniversary of the legendary Close Theatre with a month raw, challenging and visceral theatre in our intimate Circle Studio. One play in, and audiences are loving getting Up Close to some top acting talent and re-living the heady early days of experimental theatre in Glasgow.

“It was illicit, and it felt like Glasgow's only gay club at the time. It was inspired by the Traverse, which had opened in Edinburgh two years before, and the desire to get something that was the equivalent of the Traverse on the west coast. At the time it existed it was vital in a lot of ways because there was nowhere else that was really like it." - Artistic Director Dominic Hill talks to The Herald about Up Close

And when we say Up Close, we mean close. Like, really close. This is an actual representation of the view from your seat when you book for one of our Up Close shows.

Really enjoyed 'Lot And His God.' Personal highlight was the guy with lipstick on his nipples @ewansomers 🎭🙇🏼💋

Every moment of physical contact in Lot and his God @citizenstheatre is filled with dangerous possibility.
— Alasdair Hunter (@alasdair_h) October 7, 2015


"an electric set of power games"★★★★ The Herald
"a tense and eloquent four-hander" ★★★★ The Scotsman
"this minimalist approach works wonders" ★★★★ Broadway Baby
"Debbie Hannan's splendid, edgy direction retains the potency of Barker's script" ★★★★ Across The Arts

Read more audience and critics' comments on Up Close on Storify.

Availability for Lot and His God, was tighter than Frank N Furter's corset* so don't leave it too late to book for the rest of our Up Close season!

*First worn by Tim Curry in The Close Theatre's 1971 production of Jean Genet's The Maids. Allegedly. 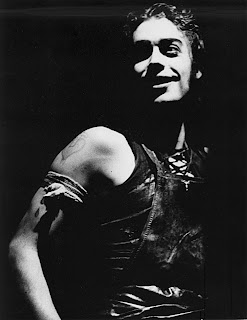 Blogger said…
I have just installed iStripper, so I can have the best virtual strippers on my taskbar.
19 November 2016 at 17:56