Who is Ivor Cutler?

By Fiona Shepherd
From National Theatre Of Scotland

"It is up to you whether you read this...my advice is just to ignore it"  – Ivor Cutler 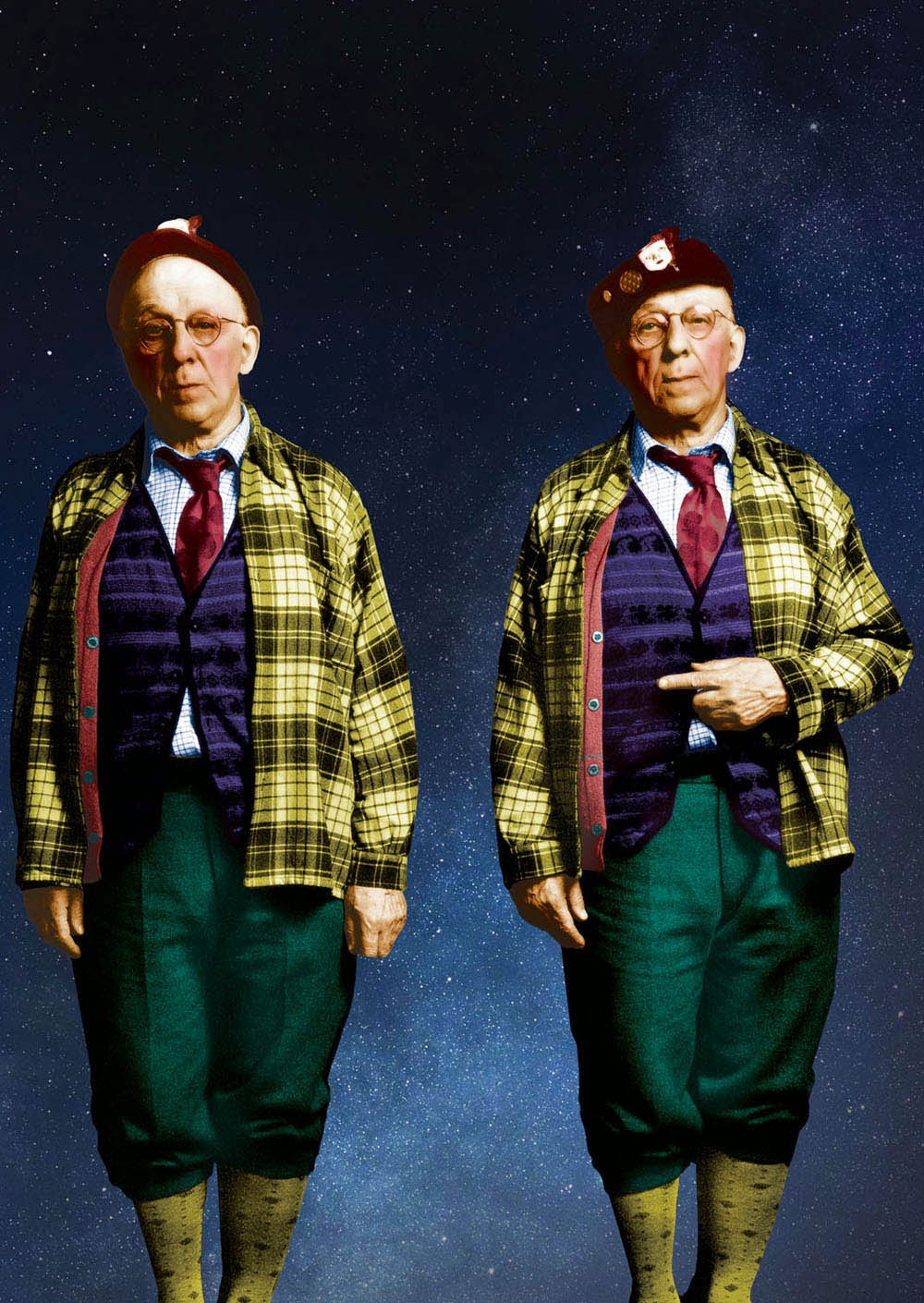 Some know him as the lugubrious bus conductor Buster Bloodvessel in The Beatles’ Magical Mystery Tour; others as the self-styled “stupid genius” who recorded more John Peel sessions than any other act, bar The Fall. It is reckoned that he was the only artist to have featured on Radios 1, 2, 3 and 4 – a renaissance man, but with cult appeal.

As well as Lennon, McCartney and Peel; Billy Connolly, Bertrand Russell, John Lydon, Stephen Fry, Will Self and Alan McGee are/were all fans. He has been dubbed Scotland’s alternative poet laureate, and Elvis Costello reckoned he should be made “a knight of Scotland”. He died in March 2006, aged 83, unknighted and, by his own estimation, “never knowingly understood” yet his reputation as a lovably idiosyncratic songsmith, hangdog humorist and absurdist vaudevillian endures. There is nobody quite - or even remotely - like him.

Ivor Cutler – Mr Cutler to all but his closest confidantes - was born in 1923 to Jewish parents in the shadow of Ibrox stadium in Glasgow. He was not a happy child. At the age of three, in a fit of sibling jealousy, he tried to kill his younger brother with a poker. Aged five, he subscribed to left-wing politics. He was bullied by his schoolteachers, suicidal at 15, then a wartime evacuee at 16.

Years later, he would satirise his austere upbringing in works such as Life In A Scotch Sitting Room Vol 2 and Glasgow Dreamer – “too dreamy”, said the RAF, who dismissed him from training. Eventually, he found his feet in London – a move he considered to be “the beginning of my life” - where he taught music, drama and poetry, in inimitable offbeat style, to primary school children.

He adopted a childlike perspective when he began writing his own droll, epigrammatic poetry and was pleased to say that by the age of 48 he was quite good at it. He composed naive “surrealist folk” songs, delivered in a deadpan baritone and generally accompanied by the signature wheeze of his harmonium.

He deemed his first gig in 1957 to be “an unmitigated failure” but caught a break from comedy producer Ned Sherrin. Appearances on the BBC Home Service, Monday Night At Home and Late Night Line-up followed, along with a considerable catalogue of albums, children’s books and collections of his poetry and prose.

In his time, he recorded for a number of hip record labels – the nascent Virgin Records and EMI’s prog rock imprint Harvest in the 70s, Rough Trade in the 80s and Creation Records in the 90s. Ironically, given that Cutler was a keen supporter of the Noise Abatement Society, requesting that his audiences applaud at half-volume, his work has been most heartily embraced by rock musicians.

Franz Ferdinand’s song Jacqueline was inspired by an encounter one of their female friends had with a partial Mr Cutler. Douglas Stewart, who channelled Ivor in order to write the first BMX Bandits’ single E102, has said that hearing Cutler “gave me a license to be an adult-child and not to do the done thing”.

For the cult of Cutler is as much about the man as his work. He would often be seen cutting about London on his bike, wearing plus-fours and a tweed cap adorned with badges and accoutrements, handing out sticky labels to strangers bearing Ivor aphorisms such as “to remove this label take it off”. Often he would propose marriage: “I like women,” he explained. He did marry once, and had two sons. But he saw out his days with partner Phyllis King, a fellow teacher who inspired the song Beautiful Cosmos. The couple never lived together – Cutler preferred to keep his own cluttered flat (“I love bacteria” he said in justification), where a collection of ivory cutlery was usually on display.

In a letter to his friend John Knutas, he once said, “I don't mind in the least dying, as I've had all the pleasures one can have - apart from knowing how to live.”

Ivor Cutler played his final concert, aged 81, at London’s Queen Elizabeth Hall. “I hope it hasn’t been in vain,” he told the audience, who clapped so loudly that Cutler stuck his fingers in his ears.

Find out more and Book Online at citz.co.uk