Walk into any book shop, and you're guaranteed to find at least a couple of different editions of Dostovevsky's epic Crime and Punishment right there in the 'Classics' section. But what is it about this novel that has made it a 'must-read' for so many? Writer Chris Hannan has created a new stage version of the story as a new and exciting way to get to know this iconic work and shared his thoughts with us:

"Few writers had a more dramatic life than Dostoevsky.  As a young man he was involved in a secret revolutionary group, imprisoned, taken out to face a firing squad, then pardoned at the last moment and sent into penal servitude in Siberia, where he worked and slept alongside murderers. 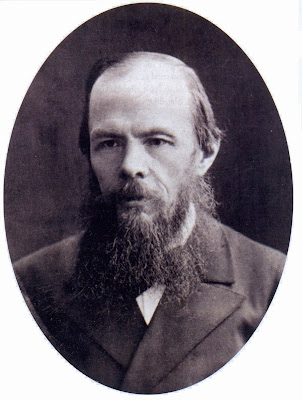 Crime and Punishment is not autobiographical but it is the writer’s personal experience which accounts for his intimacy with the murderer-hero, and consequently our intimacy.    Dostoevsky the revolutionary had plotted murder for a cause (the liberation of the serfs); and in prison camp he had spoken to a variety of murderers and sensed the different emotions in play - pride, horror, vanity. We get so close to Raskolnikov that we can practically see the proud, desperate, angry look in his eyes.

Crime and Punishment is crime thriller meets Karl Marx and Jesus Christ.  Grounded in the realistic context of a St Petersburg slum, the hero commits murder as a sort of experiment.   “Have I the right to murder?”  He wants to know.   It’s an outrageous premise and could have produced a rather abstract novel of ideas, had it not been written out of the experience of a man who went to Siberia a revolutionary and came back profoundly changed.

It has been a gift to adapt because Dostoevsky creates great dramatic scenes and characters who are – at the deepest level – in constant crisis; who are always improvising, like actors searching for moments of truth."


Crime and Punishment is at the Citizens Theatre from 5 - 28 September and is a co-production with Liverpool Everyman and Playhouse and Royal Lyceum Theatre, Edinburgh.

Blogger said…
If you want your ex-girlfriend or ex-boyfriend to come crawling back to you on their knees (even if they're dating somebody else now) you need to watch this video
right away...