We have just announced our Autumn/Winter 2012 season which features no less than 3 World Premieres, the revival of two of David Greig's most popular shows of recent years, a raucous Christmas show and much more. 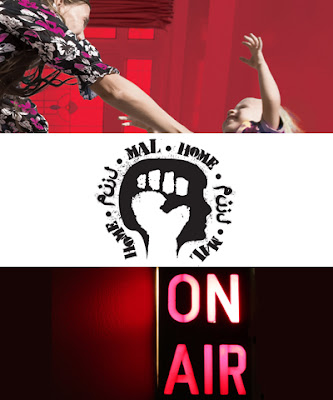 MEDEA
This startlingly modern version of Euripides’ classic tragedy explores the private fury bubbling under public behaviour and how in today’s world a mother, fuelled by anger at her husband’s infidelity, might be driven to commit the worst possible crime.
27 Sep - 13 Oct | More info
WORLD PREMIERE A co-production with Headlong and Watford Palace Theatre in association with Warwick Arts Centre.


GLASGOW GIRLS
Based on the true story of one of the most vocal and powerful asylum campaigns to catch the imagination of the media and inspire a community to unite behind its residents; Cora Bissett (Director of Olivier award-winning Roadkill) and David Greig have created a life-affirming new musical with an unforgettable soundtrack.
31 Oct - 17 Nov | More info
WORLD PREMIERE A co-production between the National Theatre of Scotland, Theatre Royal Stratford East, Citizens Theatre, Pachamama Productions, Richard Jordan Productions Ltd in association with Merrigong Theatre Company, Australia.

SEASON PASS
Save up to 25% when you buy for all three of our big shows this season: Medea, Glasgow Girls and Takin' Over the Asylum. Phone the box office to book or click for more info.


50p TICKETS RETURN
10 tickets per performance in 10 performances of each run, on sale at 10am on:
Sat 22 September for Medea
Sat 27 October for Glasgow Girls
Sat 9 February for Takin’ Over the Asylum
See Pricing for More info

DAVID GREIG - POPULAR HITS RETURN
NTS will retour the Citz productions of YELLOW MOON and THE MONSTER IN THE HALL. If you book full price tickets for both shows, you can save £5 - multi-booker offer.

GETTING FESTIVE
This Christmas Dominic Hill will direct a gleefully gruesome version of SLEEPING BEAUTY, think Tim Burton meets Shrek meets “Once Upon a Time”!

There are more classes, shows and behind-the-scenes tours on Doors Open Day - check What's On listings on our website for full details!