The grandest of ballrooms for our Cinderella 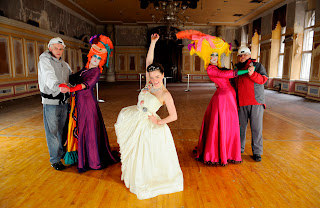 Cast from our Christmas Show were involved in a photoshoot at the newly re-named Grand Central Hotel on Monday which is in the process of being renovated back to its former glory in a £20 million refurbishment by hoteliers Principal Hayley. Cinderella and the Ugly Sisters searched for their Prince but it was the builders currently working on the stunning ballroom who got the first dance!

An iconic city centre landmark fondly remembered by Glaswegians, the hotel was keen to partner an iconic Glasgow theatre company and we were delighted to be invited along. 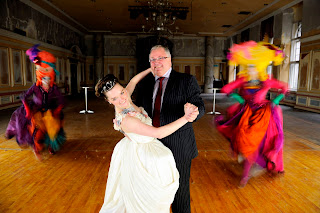 The hotel, when it re-opens next September, will have 240 fully refurbished bedrooms, 21 meeting rooms, a lavish champagne bar overlooking Central Station’s concourse and a new bar, restaurant and deli which will be located on Hope Street next to the entrance to Central Station.