From September 2008 – August 2009, Leann O’Kasi was the first Trainee Director of a new scheme generously supported by the Esmée Fairbairn Foundation. We asked her to share a little bit of her experience over the past year! 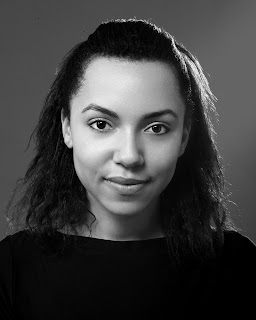 "I found out I got the job at the Citz one sunny Monday evening back in August 2008. A few rain storms and a week later I had moved to Glasgow and was working at the theatre on the first production of that season!

"I’ve been faced with so many different challenges that have thrown me head first into the deep end (and I can’t actually swim) but thankfully I’ve always surfaced feeling more at ease and theatrically energised. Highlights have been seeing the Circle Studio transformed into an 80s -esque underground night club for Citizen Y, being blown away by the pure visual spectacle that was Don Juan and crying like a baby at the end of the first act of the Wizard of Oz.

"But of course it’s seeing my own work being performed that has given me that extra bit of satisfaction."(Ed note: Leann adapted and directed her own version of Hans Christian Anderson's The Red Shoes in May).

"I’m really looking forward to coming back to direct Suzan Lori-Park’s Pulitzer Prize winning Topdog/Underdog this autumn. Even though it transports us to a seedily furnished room in New York it could be set in many living rooms throughout the world.

"I hope the next Trainee Director enjoys this experience as much as I did and makes it their own. As for me, I’m so excited about the next phase in my development and the endless possibilities that the Citz has opened up to me."


Thanks Leann - we've really enjoyed having you here at the Citizens as part of our team!
Cx
Labels: leann o'kasi trainee director