They Shoot Horses, Don't They?

If you think that endurance competitions, of the type where the last person still holding onto the car wins it, are a product of this age of reality TV then think again. Back in 1930's America they were being pioneered in the form of dance marathons, where competitors waltzed or fox-trotted their way to a big money prize - but if only if they were the last couple standing after many arduous days (sometimes months) dancing without breaks.

We recently posted images of the set that is being constructed for THEY SHOOT HORSES, DON'T THEY?, our next large-scale community project, and now we can show you some of the cast in rehearsal. 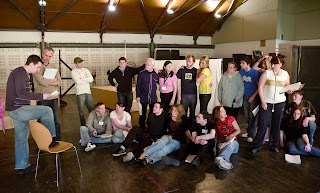 With a cast of nearly 40, they are quite an impressive sight (as you can see!) and are spilling out of the main rehearsal room, which is the biggest one, and into all the smaller rehearsal rooms too.

Of this vast cast, only one is a professional actor and many have never done anything like this before so everyone involved is having a great time getting to grips with new skills! 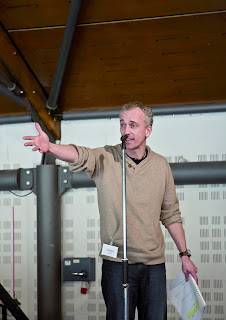 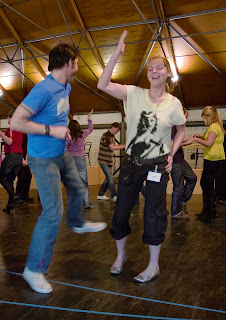