Getting to know Tottori city

The next instalment of Ros Philips' blog from Japan:

I am being incredibly well looked after. Yesterday was a day of formal greetings. Formal greetings are very important here, I was led into the room with the view and posh sofa and sat opposite everyone. I was told that this production is very important to the Tottori Foundation and the Citizens Theatre was heartily thanked for their involvement in this production. I handed over gifts of a Citizens theatre pencil case, a Citizens theatre pen and a whisky miniature. I'd placed the whisky in the pencil case and the delight at finding the whiskey needed no translation. 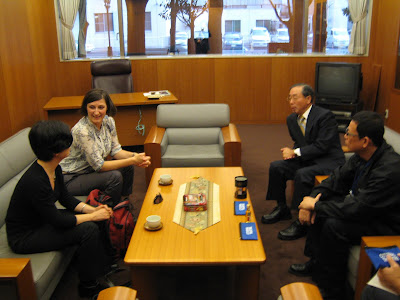 The theatre we're working in, is state of the art perfection, a 2000 seater...beautiful seats I might add. With two studio spaces. I was invited to a display of the three computer-operated specially-commissioned ‘very-expensive’ curtains. I think it would have made (Citz Head of Production) Chris’s eyes water. Mind you so would the risk assessment for earthquakes. I have been reassured that they haven't had a significant quakes in the area for years. But I was also told not to keep glass or crockery on high shelves, they do have a couple of mini quakes a year. 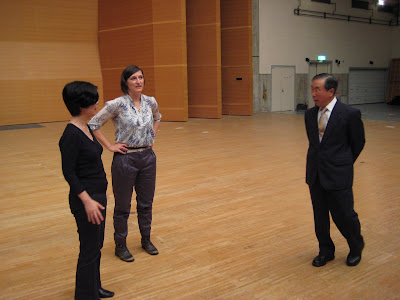 Today I had a quake of my own as I discovered the rehearsal room is a disused showroom that had been squatted as a rock venue. 17 years ago when Japan was an economic power house theatres where built to display the culture of Japan. However no cultural strategy came with these theatres which meant they where just receiving houses for Tokyo companies. Now in times of recession the Tokyo companies are struggling. The theatres are beautiful (spotlessly clean) but have no in-house infrastructure, no rehearsal room, no workshop, no production dept. The Tottori foundation are national leaders trying to build a regional rep company here and Top Girls is a flagship production for their aspiring company (pressure!). So, small matters such as rehearsal rooms need to be ironed out as we go! 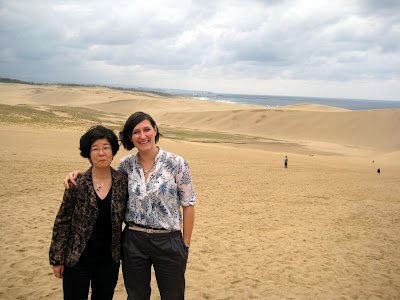 Tomorrow I audition the cast. Again, slightly odd procedure. The cast have been cast, as in 7 actresses (2 professional, 5 amateur) have been told they are in the show, I now have to decide who plays what. 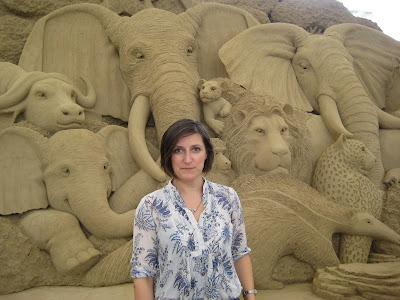 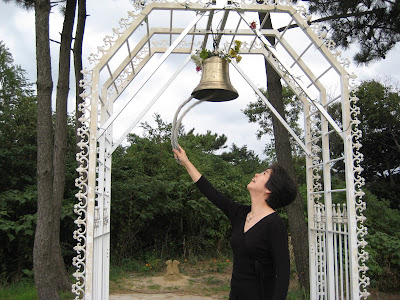 Business card update...I've got the cards but keep missing the appropriate moment to whip it out and exchange. It's the real deal here, I'm going to have to step up.

PS I've included some photos of me and Mikiou (the translator) with the chief exec of the Tottori foundation and his gang. The Sand Dunes are a nature reserve that is a big tourist attraction in the region, I felt like I was Lawrence of Arabia or maybe more the tin character in Star Wars (sorry I'm a Star Wars ignoramus)

Anders Sundstedt said…
I would love to go to Japan.