This is one blog post I'm really chuffed to be writing. As you probably know we run adult drama classes called Nightschool. As a past participant, I can say with conviction that they're great. One of the absolute joys of Nightschool is the fact that it attracts a wide range of ages and abilities, and it's this diversity that makes it a very open and supportive atmosphere. 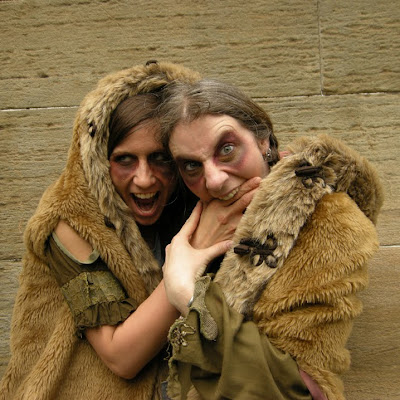 Most folk do the classes just for fun, whilst some manage to take it further. We have quite a few past participants who are now at drama college or acting with other companies. Recent Nightschooler Anna Lehr (along with Louise Thornton) is taking a show to this year's Fringe Festival in Edinburgh. She told me more:

"Originally from Germany where I had worked as an actress for several years, I came to the UK in 2006 and have not been acting ever since. Missing it greatly, I decided to sign up for the Citizens Nightschool in order to get "back in the game", brush up my skills and meet new people. And so I have! For the Nightschool Level 2 presentation, Elly teamed me up with a partner to devise a short dialogue and we got along so well that the two of us decided to form a company a bring a show to this year's Fringe. 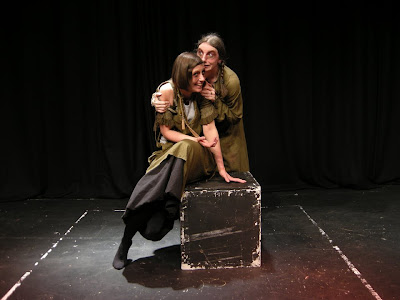 We are called Louna Productions and our very first show is called "The Grim(m) Tales" - playing on my German heritage we will put on a gruesome display of original, lesser known fairytales; a mixture of storytelling and drama that is so twisted it is only suitable for adults..."

Anna and Louisa will be performing at Mata Hari@Espionage as part of The Laughing Horse's Free Festival on August 20th & 21st at 21:30. 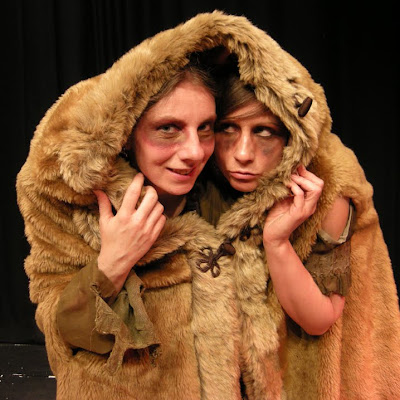 All photos by Spudd Connor

The Admission is, as you probably guessed, FREE (but bookable). So if you're planning a festival trip this year, try ang get along to see The Grim(m) Tales.

If you think you'd like to give acting a go, find out more about Nightschool.