Meet the mentors: May Sumbwanyambe

For their latest project, Press 2 For Help, the Citizens Theatre Young Co. have been working with professional playwrights to develop a series of theatrical shorts. The varied pieces they've created all share the common thread of exploring mental health issues faced by young people.

In this blog series we're chatting to the writing mentors on the project and learning more about their creative process. Today, May Sumbanwanyambe tells us about his approach:

Can you tell us a little bit about yourself and your own journey into writing?

I always knew I wanted to write as a child. I used to write awful poetry which I wouldn’t show to anyone. When I was at law school, I wrote a lot for myself. In my second year I wrote for the student paper, and went to review a play by Roy Williams called Sing Yer Heart Out for the Lads. I didn’t write the review. I just felt that whatever that is, I want to do it. That play was telling my story. I wrote a play very quickly afterwards called Why Do All Katherines Call Themselves Kate. I sent it to the West Yorkshire Playhouse (now Leeds Playhouse) and the literary manager replied: it’s not very good but there’s potential. She gave me an opportunity and I wrote two short plays for them, on the back of which I got a commission from the BBC.

By the time I finished my degree I was fully committed to writing. At that time, there were a lot more resources for writer development with opportunities in regional theatre. I didn’t come from a family that necessarily wanted me to go into the arts. It’s usually law, medicine and engineering. I came to it very late and had to learn very quickly, making mistakes along the way. I feel like I worked throughout my whole twenties to get it.

It would be an understatement to say that literary managers/dramaturges Suzanne Bell and Alex Chisholm have had a great influence on me as a writer. The truth is, because of the time in my life when I found myself working with them, they had a great influence on me as a man. In many ways I owe these two extraordinary women everything. When I was at that crossroads in terms of deciding what I wanted to commit to doing with the rest of my life, it was their completely infectious passion for theatre and storytelling that was the deciding factor. 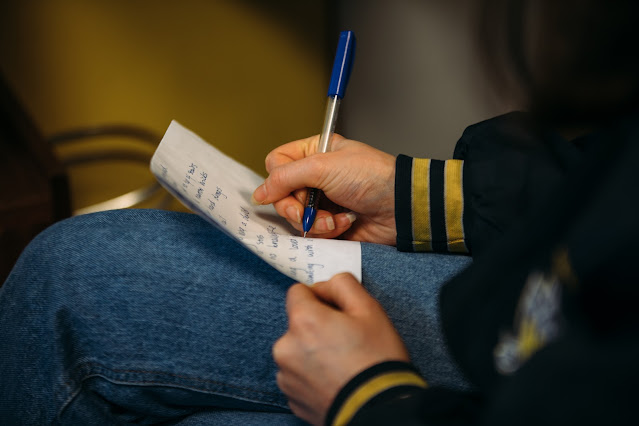 What's it been like collaborating with the Young Co. on the Press 2 For Help project?

My teaching and dramaturgy is underpinned by two simple philosophies:

These principles have served me well over the years with the wide variety of individuals and groups that I've taught and it was very much the same for this fantastic group of young actors and writers I got the chance to work with. I've always had a huge enthusiasm for new writing and developing new talent and I’ve been around long enough to know that when you’re working with young people as talented and full of potential as the Young Co., the most important thing to do is kind of get out of the way and let the process be guided by their seemingly endless amounts of energy, wit and creativity. So, my job was pretty simple, to firstly uncover what it was the Young Co. were keen to write and perform, and then to give them the literary tools to be able to execute their vision. We focused first on dramatic structure, how character relates to action, looking at dialogue as action and the meanings of theatricality.

What I enjoyed the most was watching how the Young Co., week by week, session by session, became more and more confident in the decisions that they were making in their dramaturgy both individually and as a collective. There some really strong voices in that script and some big personalities, but somehow it all came together in a cohesive whole that was very satisfying. 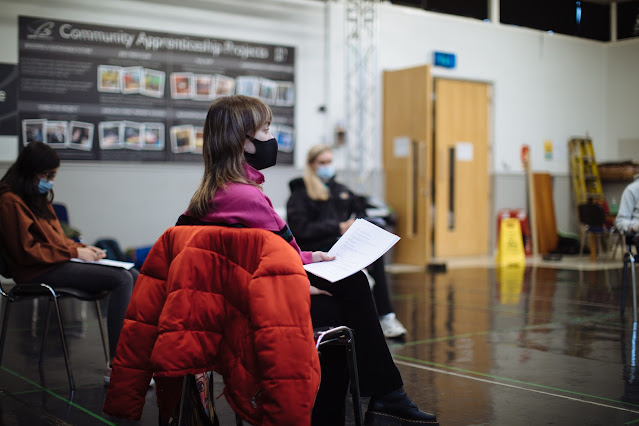 Did you use any particular processes or tools when working with Young Co. on developing the work?

Yes we certainly did. Probably a few too many to sum up in one neat paragraph. When we first met up together as a company one of the things that the group were all in agreement on was that they wanted to create a play with memorable, plausible characters. What that meant to us specifically was characters who had goals and dramatic needs. Characters that made choices and decisions and perhaps most importantly a play that revealed character through action instead of exposition. We started off by debating the Edward Bond quote:

At the beginning of the class I’d say the split was 50/50 between those members that agreed with what Bond was trying to say and those that disagreed. This is very common. On the surface it seems that what Bond is saying is simplistic, perhaps a little bit too simplistic. But the complexity that lies underneath this statement can be both disarming and empowering if you can master it’s discipline in your own writing. The students interrogated its many possible meanings with me and very quickly had many more tools to approach the challenge all writers face of creating great Characters We Know And Love (to Hate): What makes them so compelling? How do we describe them? Why do we relish spending time with them?  What tools do we have to create characters like this? How do they reveal themselves? This exploration culminated with a simple exercise at the end of the class where students used emotional and psychological questionnaires to establish what they knew about their characters' personalities. There is no one way to create a character in drama, and Young Co. used a mixture of methods such as basing them on themselves, other people they knew, history, memory, dramas, famous people, types, photographs, amalgamations, inspiration, what they aspire to be, and what they could become…

Do you feel Covid has impacted or changed the way you create new work?

Yes and no. From a practical point of view its not very fun having to teach and run workshops from behind a mask and to be socially distanced all the time but these are the times we are living in and ultimately its really important and everyone was on board from the off that people's health has to come first. Even with all of the caution taken in the world, that reality is life still goes on outside of the workshop space, so every week you end kind of showing up praying to the theatre gods that no one has been diagnosed with covid and will end up missing out on one of the sessions. The theatre gods were relatively kind for the time that I was with my group but there were inevitably a few sessions where students had to tune in via the internet instead of being in the room.

Looking at things a little more romantically and certainly historically, I would happily say that the basics of creating new work in theatre has really stayed the same in spite of Covid. Theatre and theatre people are a pretty resilient bunch I'd say. And those essential ingredients: people, passion, the search for truth were with us as much on this project as any I’ve been on before. Lets face it, the artform has been around for a very long time. It has survived every war and plague and mishap that has ever happened to befall man kind – so we shouldn’t be surprised  that theatre looks like it will come out of these strange times we are living through still intact and perhaps, dare I say it, even stronger. If that is a bit too optimistic for the state of theatre in general, ok, but all I can say is that being in the room with the Young Co. each week, seeing their determination to put something excellent on, was just one of those experiences that made you feel like anything was possible. 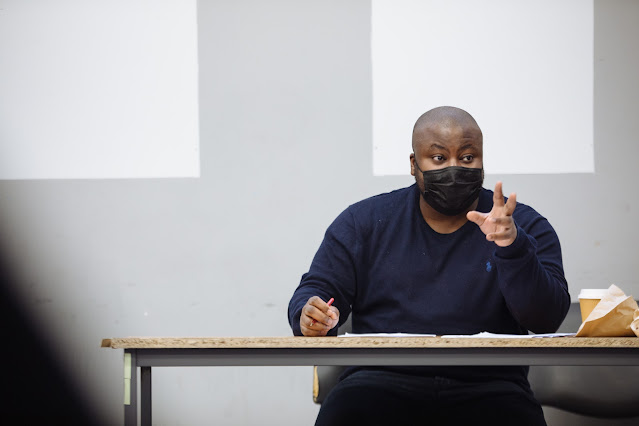 What can audiences expect from Press 2 For Help?

A mighty tiny stick of emotional dynamite, ha! My group worked on a circular/chain play. This is when the first scene starts with two characters, one goes on to join a new character for scene 2, the new character then goes on to join a third character for scene 3. Sounds complicated but it isn’t. Basically they all wrote (what started as) two-handers with one character inherited from the previous scene and one character they introduced themselves. This gave each writer room to say something specific about mental health and their own character, whilst also saying something bigger about community and how different people with different mental health issues are related to each other in interesting and surprising ways.

This Young Co. under Neil Packham and Catrin Evan’s leadership have been a real credit to themselves and though I’ve not seen it since draft three now, I’m sure of one thing, the audience are going to be in for an entertaining journey.

The Young Co. are showcasing their dramatic shorts on the 25th & 26th March. Book your tickets via our website and join us for a thought-provoking and entertaining evening of new writing.